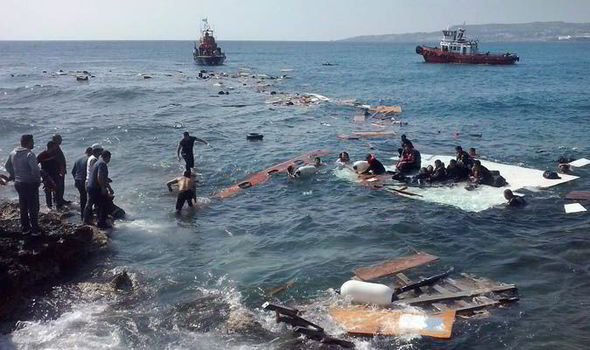 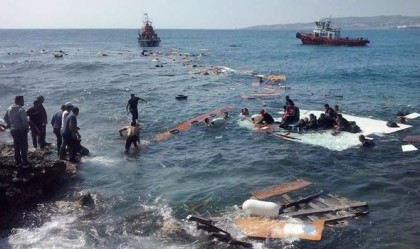 The International Organization of Migration (IOM) reported Tuesday that the number of illegal migrants who have died so far this year while trying to reach European shores has reached the unprecedented number of 2,000 and that Libya remains the main port of departure for the deadly trip.

“Over 2,000 migrants have died so far this year trying to cross the Mediterranean to reach Europe, confirming this as the deadliest route for migrants in search of a better life,” said the organization in a press release.

The organization indicated that the current figures outpace those of last year at the same period. The death toll of migrants in the same period last year was estimated at 1,607 while a total of 3,279 lost their lives in 2014.

IOM sounded the alarm when announcing the new figures that it considered “unacceptable” saying the number of fatalities will grow as the year wears on, especial during summer.

The number of migrants rescued at sea also reached unprecedented levels with 188,000 saved this year and IOM expect the number to soar to 200,000 very soon.

IOM also indicated that Libya was the main port of departure for the majority of migrants and at the same time the most dangerous route.

Ungoverned Libya has become a safe-haven for terrorist groups and unscrupulous migrant-smugglers who are making millions of euros from the lucrative business.

Tens of thousands of migrants from Africa and the Middle East, escaping poverty and wars, crowd unseaworthy boasts heading to Europe in search of a better life.