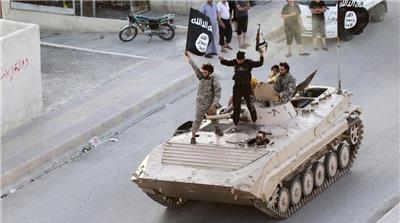 UN Secretary General’s Special Representative for Sexual Violence in Conflict, Zainab Bangura, said Tuesday she saw a ‘price list’ for child slaves in the hands of ISIS fighters in Syria and Iraq.

Claims that ISIS fighters have been circulating a price list of child slaves have been confirmed as genuine by Zainab Bangura, who visited Iraq in April.

Bangura indicated that while she was in the region, she saw the list which was first reported in November last year.

The UN Representative was quoted by Bloomberg as saying that the girls were “peddled like barrels of petrol” and were sometimes bought by individuals who propose to hand them back to their families for thousands of dollars as ransoms.

The younger the slave, the higher the price, she said, adding that slaves between the age of few months and nine years are priced at $165. Adolescents and women are priced lower and lower as the age profile is older.

The captured slaves are handed to ISIS leaders before being sold to foreign buyers for thousands of dollar, according to Bangura,

A report by British The Independent paper revealed last year the ordeal of an Iraqi girl who had been kidnapped by the radical group during an offensive against Sinjar in August 2014.

The girl said they were kept in a house and confined in “three rooms’’ of horror. They were subject to rape by different men and if they refused they were beaten up.

ISIS has gained vast swaths of the Iraqi and Syrian territory, imposing their own rule and administration.

The Iraqi forces supported by the US-led air-coalition are fighting back to recapture lost territories. The US has deployed force re-enforcement in Iraq to train more fighters in order to overcome the jihadist group.