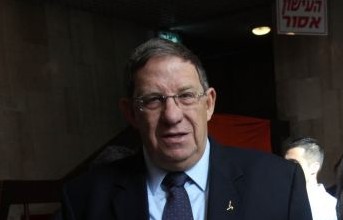 A group of Israeli ex-security commanders Monday called on Prime Minister Benjamin Netanyahu to approve the historic deal between Iran and world powers in view of facing up “challenges” that result from the deal.

The ex-security chiefs including two former heads of the Shin Bet internal security agency, Ami Ayalon and Carmi Gillon, a former deputy director of the Mossad intelligence agency, Amiram Levin, the ex-chief of the Atomic Energy Commission Uzi Eilmann, and dozens of former generals and senior officers wrote a petition to M. Netanyahu to consider the deal that they called “a fait accompli”.

The signatories of the petition argued that by recognizing the deal, Israel would be prepared to face the challenges that will result from the agreement.

This is the first time a part of the Israeli security establishment speaks out in favor of the nuclear deal which has been firmly opposed by Netanyahu and his cabinet.

Netanyahu called the historic deal a “historic mistake” and is pushing hard in the American Congress for the rejection of the pact. The US Congress has 60 days to review the deal.

A large part of the Israeli opinion from across the board has also rejected the deal. Tel Aviv says the deal which will halt Iran’s nuclear program for at least a decade and lift gradually economic sanctions, will strengthen Iran’s clout in the region and embolden its allies too.

Meanwhile Washington is doing all it can to alleviate Tel Aviv’s concerns. A senior US defense official told Israeli reporters Monday the US will support Israel in the event of an Iranian attack. He also indicated that the US respects Israel’s right to self-defense and will continue to ensure the Jewish state’s qualitative military edge. The official deemed that the July 14 Vienna Pact makes a military attack against Israel less eminent.