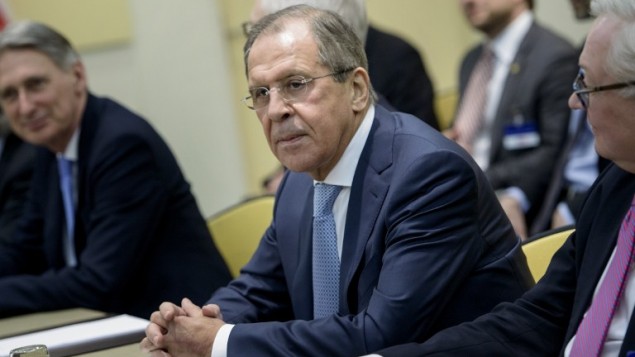 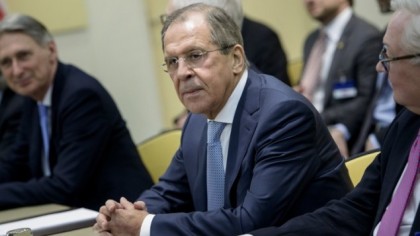 Lavrov, whose country is member of the quartet mediating to end the Israeli- Palestinian conflict, has offered Monday to the Palestinian internationally decried Islamic movement Hamas its support to see the Palestinians having a “permanent home”, with reference to their own state.

The support promise was made by Russian Foreign Minister Sergey Lavrov to Khaled Mashaal at their meeting in Doha, Qatar.

“We would like to see the Palestinians — all of them — have their permanent home,” Lavrov was quoted by the Russian media as saying.

The Hamas leader welcomed the offer and indicated that is the dream of all Palestinians.

“We hope that with assistance from Russia and the whole world, this dream will come true,” Mashaal said.

Russia also offered its help to reconcile the two opposing Palestinian sides; the Hamas movement in Gaza and the Palestinian Authority in the West Bank.

The meeting between the two sides addressed the recent escalations between Palestinians and Israelis and the Israeli recent raid at the holy mosques.

Mashaal made a survey of the ordeal of the Palestinians, one year after the 50-day Hamas-Israeli war in Gaza.

Lavrov invited the Hamas leader to Moscow to continue the talks on the initiative of the Palestinian statehood.

The Russian top diplomat is touring Gulf States to try to push the historic Vienna pact through. Gulf States voiced their disapproval of the deal and worry that the deal may help Iran to scale up its influence in the region and embolden its allies.

Russia is part of the world powers who on July 14 clinched the historic deal with Iran ending years of confrontation. The deal will put Iran’s nuclear program under squeeze for at least a decade and Iran will in return get back its several billions of dollars frozen at foreign banks.