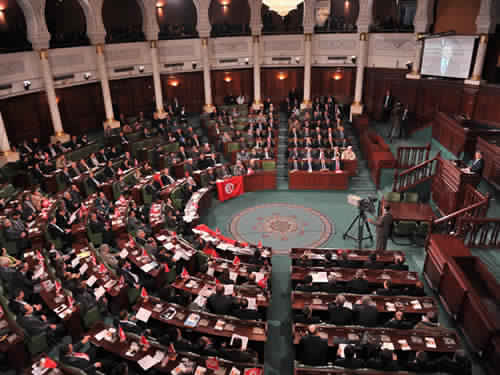 Tunisian MPs divided over extension of state of emergency 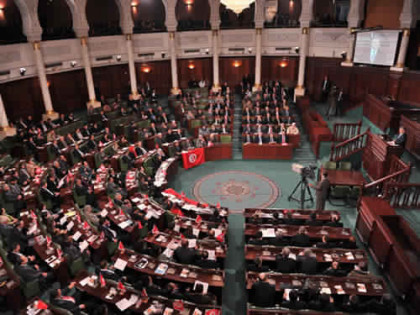 The Tunisian President’s decision to prolong the state of emergency for two months has stirred a debate among the members of parliament.

While the government says it is a necessary step because another terrorist attack with an impact like that of the Sousse beach attack will paralyze the state, critics argue the government is exploiting the situation to pass unpopular laws.

MP Samia Abbou of the Democratic Movement, an opposition party, lamented that instead of assuring the stability of state affairs, the two-month extension will disrupt this stability, deeming the move as “a prelude to breaching the constitution.” She said that the current situation bears resemblance to that of Ben Ali’s era because “there are currently laws being passed [against] public opinion… [just] like what Ben Ali used to do in the past.”

Abbou claimed that “the [state of] emergency was decreed in order to pass several laws like the Anti-Terror Law, which condemns union’s activities, threatens the media and the press and undermines the freedom of protest and the freedom of expression, press and publication.”

Likewise, the Economic Reconciliation Law was to offer immunity to corrupt cronies who were involved in corruption and embezzlement of public funds, she pointed out.

MP Khansa bin Harrath of Nidaa Tunisia said the imposition of the state of emergency has been effective while Mohsen Hassan said fighting against terrorism is a national priority.

The president of Tunisia, Beji Caid Essebsi, had declared a state of emergency early July, just few days after the Sousse deadly attack, which killed 38 people, explaining that “exceptional measures” were necessary.

The state of emergency gives security forces more powers and limits the right of public assembly.