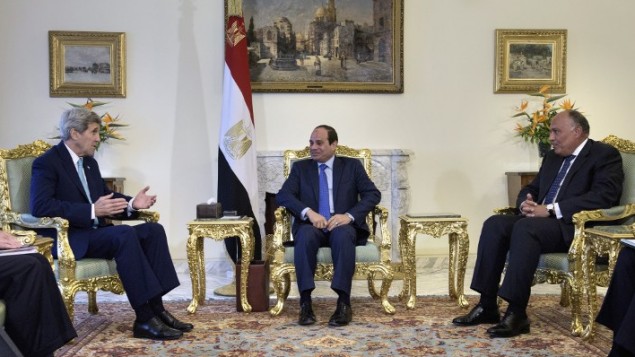 Middle-East-US: Kerry embarks on sale of Vienna pact in the Gulf 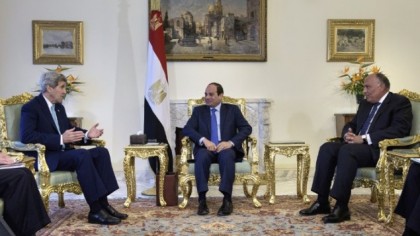 US Secretary of state John Kerry has embarked on a tour in Gulf States to try to sell the July 14 Vienna pact signed between Iran and the world powers.

John Kerry made his first stop in Egypt on Sunday where he told the Egyptian President Abdel Fettah al-Sisi that an Iran without the nuclear weapon is better, far better than an Iran with one.

Egypt and many Gulf countries including Saudi Arabia have been very wary about the nuclear deal signed by Iran and world powers. Iran’s critics say that the deal will embolden Iran and increase its clout in the region.

“There can be absolutely no question that if the Vienna plan is fully implemented, it will make Egypt and all the countries of this region safer than they otherwise would be or were,” Kerry told a joint news conference with Sameh Shukri.

“The United States and Egypt recognize that Iran is engaged in destabilizing activities in the region — and that is why it is so important to ensure that Iran’s nuclear program remains wholly peaceful,” he said.

The historic pact signed on July 14 in Vienna ended many decades of tension and confrontation between Iran and world powers. The deal will put the Iranian nuclear program under inspection for at least 10 years. Iran in return will see economic sanctions lifted and will be entitled to several billions of dollars frozen in foreign banks.

The deal is also meeting opposition in the US Congress. The US-republican dominated congress is set to vote against the deal which republican lawmakers consider as a failure of Obama diplomacy.