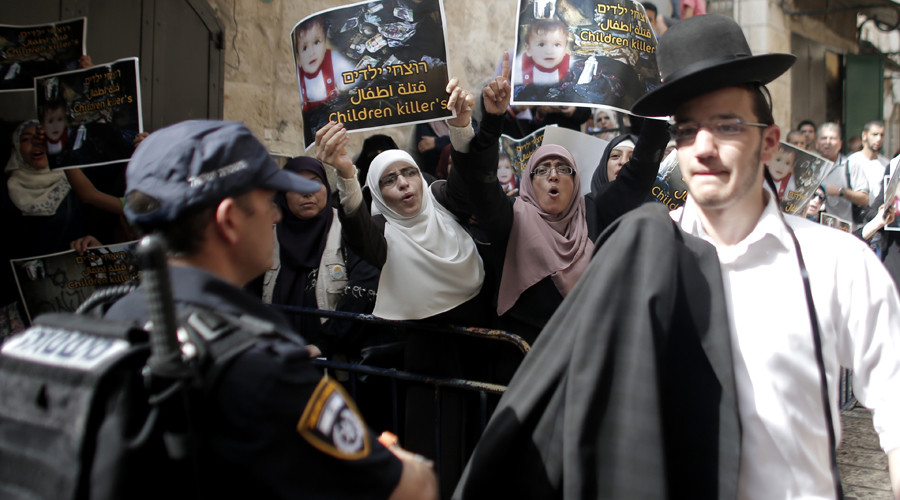 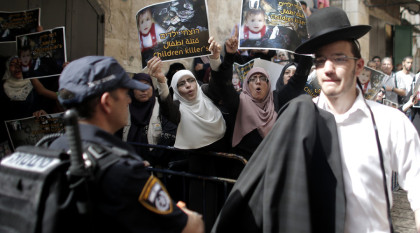 Tensions are still tense in Palestine over the death of an 18-month-old Palestinian toddler in an arson attack suspected to be carried out by Jewish extremists on Friday.

Clashes and demonstrations continued on Sunday at the Temple Mount in Jerusalem with reports that two Palestinian teenagers were shot dead on Saturday by Israeli snipers during clashes in the West Bank.

The arson attack which was carried out through firebombing on a village in the West Bank burnt the baby alive while seriously injuring other members of his family including a four year old boy.

Palestinian Authority President Mahmoud Abbas labeled the attack a “crime against humanity and a war crime.” He has threatened to take the matter to the International Criminal Court.

The attack has been firmly condemned by the international community, including by Israel where huge demonstrations were staged to denounce hatred. Israeli demonstrations were calling for their government to deal with Jewish extremism, and criticized Prime Minister Benjamin Netanyahu’s support for right-wing settler groups occupying Palestinian territories.  Yet, it seems that tensions could soon be rising after two rockets were fired into Israel over the weekend.

Masked men at Temple Mount threw stones at police during protests forcing security forces to separate them from peaceful demonstrators who were brandishing pictures of the baby.

The attack is believed to have been carried out by Jewish settlers.

Two days before the Friday arson attack, an Israeli court ruled that two apartment blocks in Beit El, a Palestinian West Bank settlement, were built illegally and ordered for their demolition but the court ruling was shortly followed by an immediate approval from Netanyahu for the construction of 300 new houses for Israelis in the same settlement.