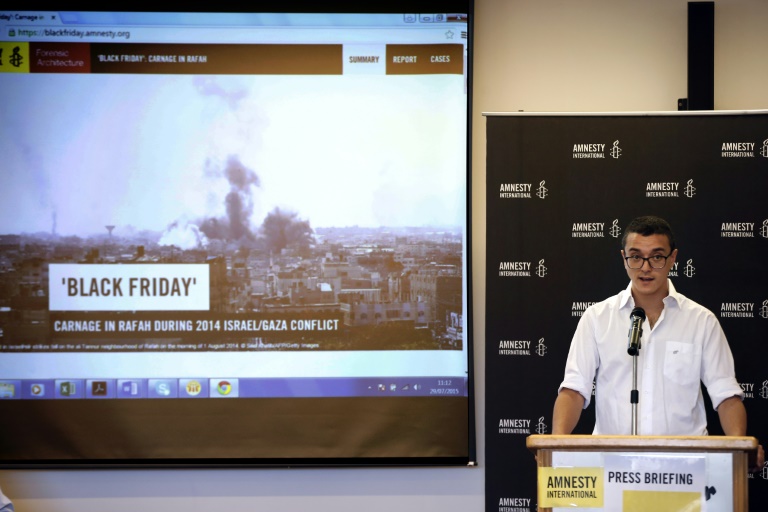 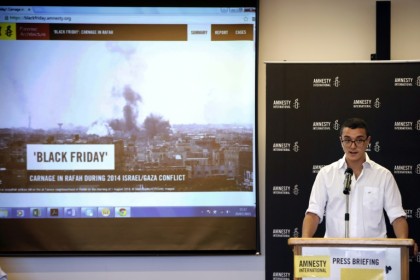 Amnesty International said its claims are based on strong evidences made of detailed analysis of eyewitness accounts, satellite imagery, photos and videos. The group urged the Israeli government to prosecute those behind the atrocities.

“There is strong evidence that Israeli forces committed war crimes in their relentless and massive bombardment of residential areas of Rafah in order to foil the capture of Lieutenant Hadar Goldin, displaying a shocking disregard for civilian lives,” Philip Luther, director of the Middle East and North Africa Program at Amnesty International, said in a statement.

“They carried out a series of disproportionate or otherwise indiscriminate attacks, which they have completely failed to investigate independently.”

Amnesty International said its report basically centered on “Black Friday” assault of the Israeli Defense Forces (IDF) in Gaza on August 1, 2014 after the Israeli soldier Lieutenant Hadar Goldin was reported captured shortly after a ceasefire was announced. Israel subsequently installed the so-called Hannibal Directive- raid to secure the rescue of the kidnapped soldier who was later reported dead.

Amnesty International accuses IDF of disproportionate use of force in its raid in city f Rafah and its surroundings in the Southern Gaza Strip. The human right group said at least 135 civilians were killed in the air and ground assault.

“Eyewitness accounts described horrifying scenes of chaos and panic as an inferno of fire from F-16 jets, drones, helicopters and artillery rained down on the streets, striking civilians on foot or in cars, as well as ambulances and other vehicles evacuating the wounded,” Amnesty said.

The Israeli Ministry of Foreign Affairs rejected the report conclusions as unverified and biased. Tel Aviv said the report failed to mention the rockets launched from Gaza and its raid in Rafah was a direct response to the kidnapping and the killing of its soldier.

“It seems that Amnesty forgot that there was an ongoing conflict during which the IDF was operating to stop rocket fire and neutralize cross-border assault tunnels, and Palestinian terrorist organizations were actively engaging in intensive conflict against the IDF from within the civilian environment.”

The UN also published a report in June condemning both Israel and Gaza militant groups for crimes across both sides, voicing a strong concern over negligence of human suffering.