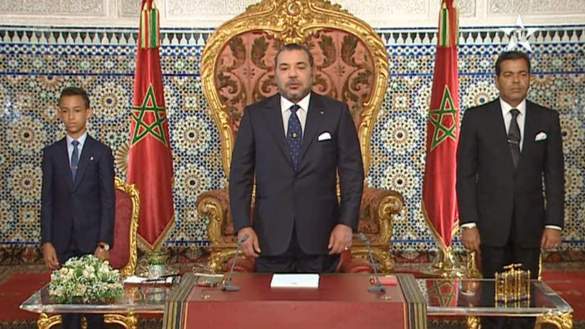 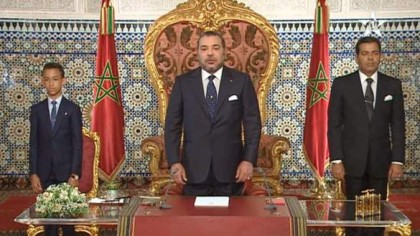 The soft-power approach adopted by Morocco since the advent of King Mohammed VI in 1999 helped the North African country emerge as a model in the Arab world and an inspiring success-story.

Now, when Moroccans look back at the achievements and major strides accomplished by their country during the 16-year stewardship of King Mohammed VI, they feel elated and upbeat over the future.

Compared to the situation of neighbouring countries, the Moroccans of all walks of life feel pride over what has been achieved in the social and economic fields in a short lapse of time thanks to the leadership and perseverance of their monarch.

On Thursday, the 30th of July, the Moroccan people celebrate the 16th anniversary of the reign of King Mohammed VI, who ascended to the throne after the death of his father, King Hassan II, in 1999.

Moroccans as well as foreign observers are impressed by the stamina and dynamism of King Mohammed VI who keeps touring all regions of the country, including the remote ones, to see to their needs.

According to several western diplomats and political analysts, one of the King’s biggest and landmark achievements remains the new constitution which was overwhelmingly approved by Moroccan voters. The new constitutional reforms strengthened the powers of the Parliament and of the Prime minister and recognized the Berber culture as a component of the Moroccan identity.

By introducing such democratic reforms, the Moroccan Sovereign demonstrated leadership and far-sighted statesmanship at a time of uncertainty for the region.

Unlike most countries in the MENA region, Morocco has weathered the political storms and popular unrest of the Arab Spring that led to regime changes in Tunisia and Egypt and wreaked havoc on Libya, Syria, Yemen…

For many analysts, the secret of Moroccan resilience lies essentially in the voluntary political and constitutional reforms ushered in by King Mohammed VI, who bears the title of the Commander of the Faithful, a religious authority and status which helped Morocco avert radicalization and prevent exploitation of religion by terrorists to serve their proper agenda.

To share its successful experience in the field with brethren Muslim African countries, Morocco is currently training hundreds of African imams to preach the precepts of a tolerant and non-violent form of Islam based on Maliki rite and has just launched the African Ulemas’Foundation, a Rabat-based institution meant to boost research and studies on the moderate brand of Islam as it is practiced in the country.

The political stability enjoyed by the North African country and its sustained economic growth have earned the Kingdom the trust of foreign investors and tourists who pumped billions of hard currency in Moroccan economy.

Actually, despite challenges linked to global economy, Morocco has made important strides in economic development during the past 15 years, increasingly draining foreign direct investment. This trend has contributed to the emergence of new industries that are currently leading the export sector in Morocco.

These new industries are the automotive and aeronautics which are gaining momentum and showing the progressive shift of Morocco’s economy from agriculture to manufacturing.

All these landmark projects, combined with comprehensive strategies to improve the business climate, are steadily transforming Morocco into a competitive economic hub open onto all investors.

But all this transformation would not have been possible without the country’s political stability and leadership of King Mohammed VI who strengthened the rule of law, expanded political pluralism, broadened the prerogatives of civil society, promoted good governance and the principles of transparency, accountability and responsibility.

Such a soft-power approach that yielded tangible positive results and helped Morocco to emerge as a model in the Arab world is being hailed by the international community as success-story, worth emulating.