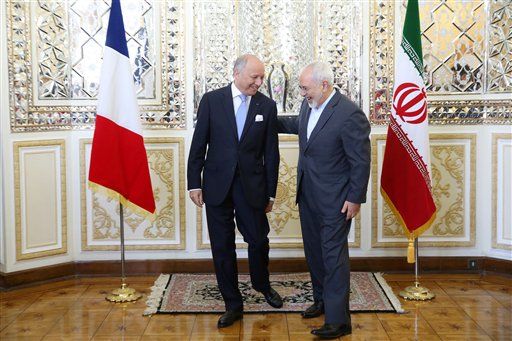 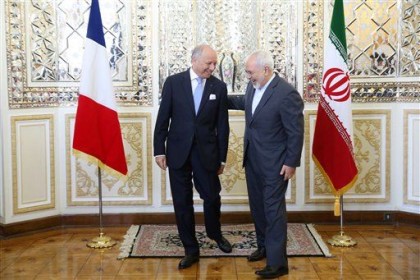 France’s foreign Minister Laurent Fabius was in Iran on Wednesday for a one-day landmark visit during which he extended President Hassan Rouhani an invitation from ¨resident François Hollande to visit France in November.

Paris adopted a tough position against Iran during the negotiations for the nuclear agreement but Fabius is confident that his “important trip” marks the beginning of a “new era” between the two countries.

The last visit of a French Foreign Minister to Iran dates back to 12 years ago but relations seem to be taking a new turn after President Rouhani told Fabius that the nuclear agreement could foster“better relations with Europe.”

After meeting Fabius, Foreign minister Mohammad Javad Zarif said one of the aims of the nuclear talks was to reach an agreement that would benefit both countries and the world at large as well as free Iran and its citizens “from punishments and sanctions.” He said the agreement also aims at preventing “nuclear proliferation among other regional countries so that no one even thinks about having a nuclear bomb.”

The French minister’s 24hour visit did not go unnoticed as there were demonstrations by Iranian hardliners against France who called Fabius an “obstacle” after he had stated during the negotiations that Iran must abide by certain conditions if a deal was to be concluded.

According to IRNA, a French delegation of economic and business officials and operators will visit Tehran in September to explore business opportunities in the Iranian market after the sanctions are lifted.

North Africa Post's news desk is composed of journalists and editors, who are constantly working to provide new and accurate stories to NAP readers.
NEWER POSTMorocco’s soft-power approach, an inspiring success story
OLDER POSTTunisia: Our diplomacy is “sovereign” and cannot be “dictated” by the Arab League, FM