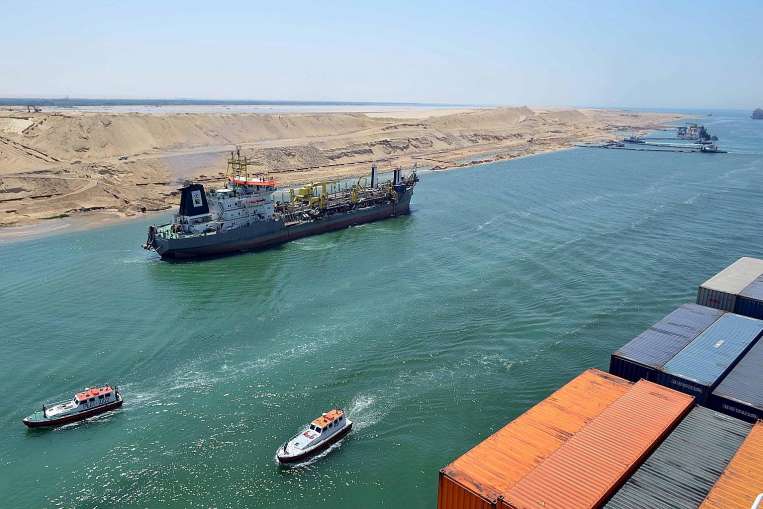 Egypt to build third canal immediately after inaugurating new one 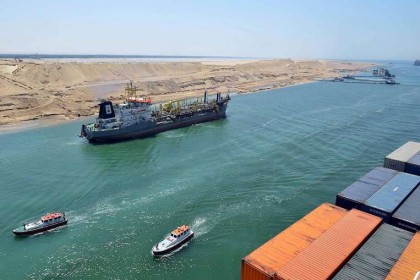 While the inauguration of the New Suez Canal is just about two weeks ahead, Egypt has announced that there are plans to build a third canal. The New Suez Canal, whose construction was launched last year to reduce the country’s unemployment rate and also to boost income, is scheduled to be inaugurated on August 6th.

The one-year deadline for the construction of the project has been met as it took the military only eleven months to complete the new canal at an estimated cost of $8 billion. Test runs were held over the weekend.

Mohab Mameesh, chairman of the Suez Canal Authority overseeing the project, said that the three test-runs, held under tight security, were a success and that more tests would follow.

The canals are expected to boost trade and increase Egypt’s revenue as the existing 145-year old Suez Canal earns the country around $5 billion per annum but it could reach $15 billion by 2023 with the two-way traffic of larger ships. The two canals should also reduce navigation time to 11 hours from about 22 hours, making it the fastest such waterway in the world.

Meanwhile, plans to build a third canal are already in the pipeline and Mameesh stated that it will be near the East Port Said on the Mediterranean Sea. Work will begin just after the inauguration of the New Suez Canal. The third canal will be 9.5-kilometer-long and will be a waterway for ships heading to Port Said’s container terminal

An agreement has been reached to award the contract to ‘Alliance of Challenge,’ a combination of more than six companies that have already completed the dredging of the new Suez Canal.