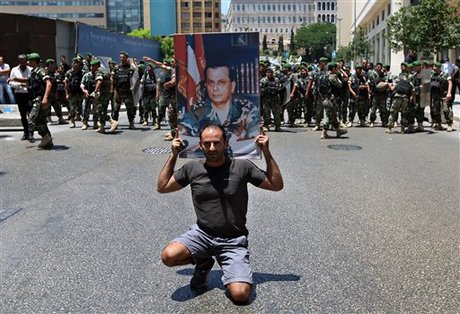 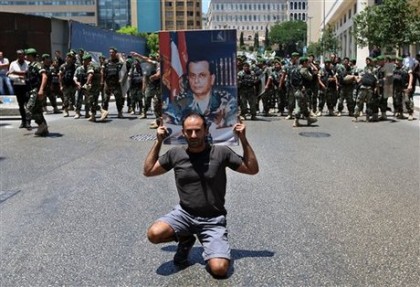 The Lebanese cabinet will be holding a meeting on Thursday but the atmosphere is already tense and ministerial sources have hinted that Prime Minister Tammam Salam’s efforts to calm the situation did not yield any fruit.

The meeting could be suspended before its scheduled end because disputes are expected between rival groups in the cabinet. The military is also preparing to control protesters and keep them away from the Grand Serail where the meeting will take place.

Sources claim that Salam is aware that the continuous dispute between cabinet members is part of a project geared towards weakening the state through the government before reorganizing and taking over important roles in the country.

One of the major stumbling blocks is the decision making mechanism to be adopted in the cabinet in the absence of the president. The country has gone for more than a year without a president and some ministers want the presidential powers to be distributed among the 24 ministers.

Prime Minister Salam, quoted by An Nahar daily on Wednesday, vowed that he will not succumb to “false witness to practices that serve to obstruct the cabinet.”

Informed sources told al-Joumhouria newspaper Wednesday that Salam will continue holding contacts with all sides until the last moment with the hope of solving the pending disputes.

A Christian should be elected as president but the parties can’t agree on a candidate and the parliamentarians have been systemically boycotting sessions to avoid electing candidates that they don’t support. The Free Patriotic Movement led by Michel Aoun has been staging street protests in recent weeks accusing the prime minister of infringing on the Christian president’s powers in the absence of a head of state.