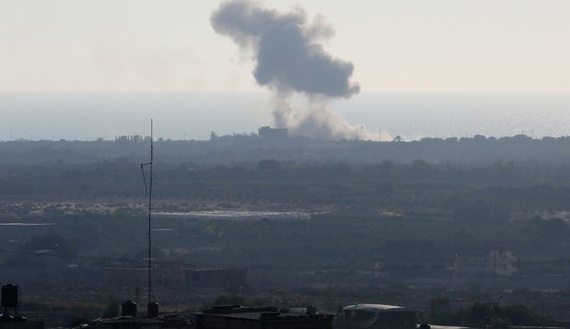 Egypt: Army and Jihadists clash in Sinai, 7 soldiers and dozens of Jihadists dead 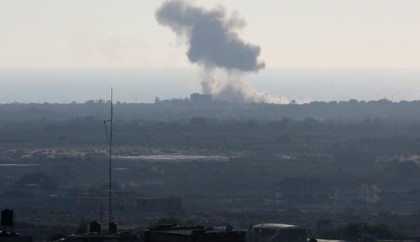 Clashes between the Egyptian army and IS-linked group in Sinai left 7 soldiers and 59 Islamists killed according to army statement released on Sunday.

The army said it fought Islamists in Sinai on Saturday killing 59 Jihadists while four of them have been arrested. Seven soldiers have lost their lives during the clashes, said the army, indicating that three of the soldiers have been killed in a rocket attack.

The army posted on its facebook page a video of its offensive showing airstrikes on a building.

The army said it was still counting the number of Jihadists killed. Clash with the IS-linked group in Sinai has surged since July 1 this year when the Jihadists launched deadly attacks against army and police positions killing 17 soldiers according to state figures. The army claimed to have killed more than 1,000 Jihadists in several retaliation attacks in North Sinai.

The Islamists started their attacks against army and police forces after Egyptian Islamist President Mohamed Morsi was removed from power in 2013 in an army-backed coup d’état. Thousands of Islamists have been killed or jailed in massive crackdown by the army.

Morsi and several figures of the Muslim Brotherhood organization have been jailed and handed life and death sentences.