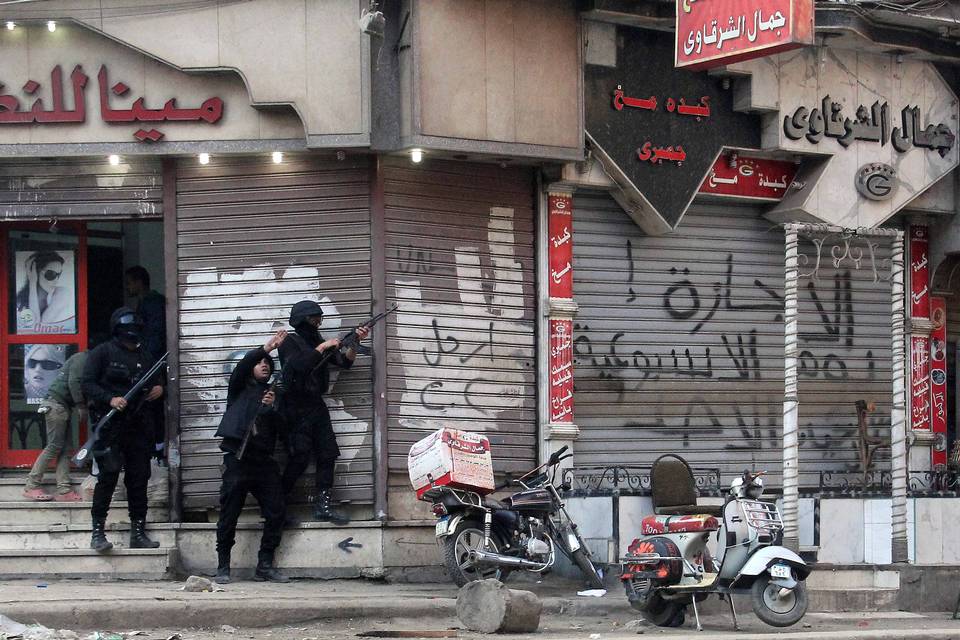 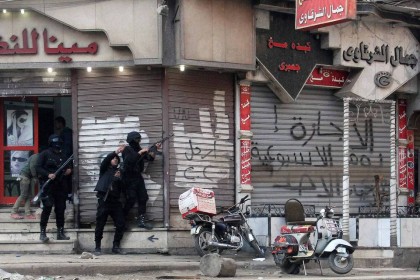 Clashes between supporters of the Muslim Brotherhood and security forces after the prayers of Eid al-fitr have left six people dead and at least 15 people arrested.

Supporters of the banned organization assembled in the Talbiya and Nahia, neighborhoods of Giza which is part of greater Cairo, to stage a march but their project was short-lived as violent clashes with security forces erupted. State media reported that five were killed in Tabliya and one in Nahia.

Brotherhood supporters took to social media to accuse security forces of firing at peaceful protesters, while the Interior Ministry and police officials said in a statement that they were fired upon by armed protesters. Those arrested were reportedly armed.

Meanwhile, a communiqué posted through former President Mohammed Morsi’s Facebook page on Friday urged his supporters to continue with the revolution because it is still incomplete. The communiqué promised that the revolution will be studied by the world as a product of the free will of the people.

Cairo blames the Muslim Brotherhood for some of the violence in the country although other groups had claimed responsibility. Since the ousting of Morsi from the presidency in a military-backed coup d’état led by Sisi, there have been violent clashes between the security forces and supporters of the Muslim Brotherhood.

The attack on a military naval vessel on Thursday in the Mediterranean sea claimed by the Sinai Province, formerly known as Ansar Bayt al-Maqdis, that has pledged allegiance to the Islamic State group has prompted the British government to warn its citizens about terrorism ‘high threat’ in Egypt. The Thursday attack happened in a region popular with tourists, including the beach resort of Sharm el Sheikh.