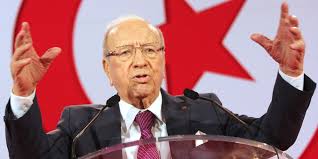 President Beji Caid Essebsi has stated that he is interested in collaborating with partners that will help to solidify Tunisia’s security as he warned that attacking the wall being built at the Tunisian-Libyan borders will be considered as a threat to the country’s security.

President Essebsi was speaking to private TV channel Attassia when he opined that “only smugglers will be frustrated by this barrier” because it is being built 8 kilometers away from the joint border with Libya.

The Tunisian government was focused on reviving the economy when it was sworn-in but the attacks on the Bardo Museum and Sousse have forced the government to boost security in the country especially around touristic sites.

Essebsi said that the terror attacks are aimed at paralyzing the country because they are targeting the tourism industry knowing that it plays an important role in the economy but gave assurances that the State will not collapse as it continues its war against terrorism.

Those who were behind the recent attacks are believed to have received training in Libya. The wall is expected to limit illegal crossing between the two countries as well as arms trafficking.

Essebsi warned that “any possible attack on the wall being constructed on the Tunisian-Libyan border could have a military response.” He added that Tunis is collaborating with both the Tobruk and Tripoli governments to curb terrorism as Tunisia “is very concerned about the situation in Libya and the militia belonging to Daesh active there” arguing that his government is focused on“an effective power and not a legal one” in Libya.

Tunisia is also counting on the support of other countries such as the United States to help it boost its border control efforts.