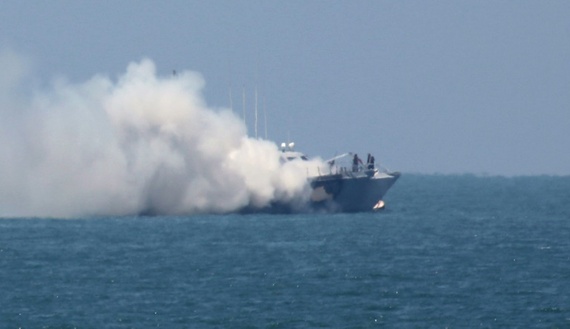 Egypt: IS claimed responsibility for rocket attack on Egyptian vessel 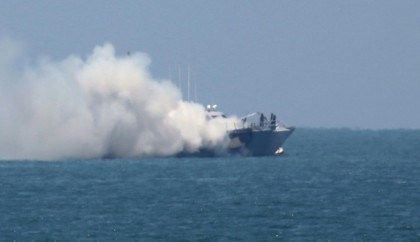 The Islamic State said it was behind the rocket attack on the Egyptian army vessel off North Sinai on Thursday.

The battle between the Egyptian army and the IS militants has moved on to a new territory with the IS militants launching a “guided missile” at an Egyptian frigate north of Rafah. This is the first time the terrorist group launches such an attack against the army in the two years of militancy that followed the overthrow of Mohamed Morsi in 2013.

The group circulated online photographs showing a rocket heading towards a ship and setting it ablaze on impact.

Meanwhile the Egyptian military said in a statement that an exchange of shots between coastguards and “terrorist elements” set fire to the vessel. It said there was no loss of life.

The attack was confirmed by eyewitnesses in Gaza who said they saw smoke rising from a boat off the coast. Others said they heard gunfire.

IS militants have scaled up their attacks on the Egyptians army and police. Early this month the militant group killed dozens of Egyptian soldiers and police forces in what appeared as the biggest bloodshed of the group. The Egyptian army retaliated with a crackdown operation in North Sinai, killing more than 1,000 insurgents according to official figures.

Egyptian authorities said on Wednesday they foiled a suicide car bombing of a military post between Cairo and Suez that was claimed by the IS’s affiliate group in Egypt.