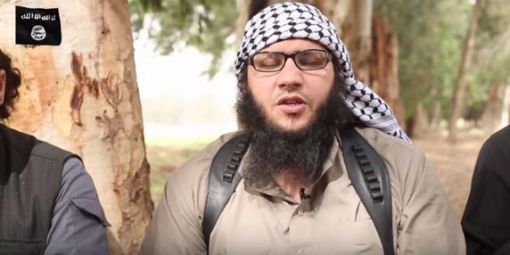 Algeria: “A Message to the Algerian People” from IS promises “massacre” 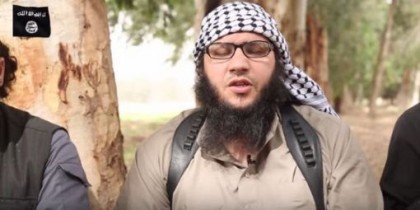 A video posted on a website loyal to the terrorist Islamic State group has threatened that Algeria and Andalusia will be targeted as part of the campaign to increase territories under the group’s control.  In the video, two individuals who identified themselves as Abu al-Baraa al-Jazayiri and Abu Hafs al-Jazayri urged Algerians to rally behind the extremist group in order to introduce Islamic law in the country.

The five-and-a-half minute slickly produced video entitled “A Message to the Algerian People” is believed to have been recorded in the northern Syrian province of Raqqa. The logo of IS was also visible in the video.

The two individuals warned that Algeria “will pay a heavy price” for its crackdown on jihadists before adding that “we won’t be satisfied until we reach Andalusia” which is currently part of southern Spain.

Mountainous areas and the vast Sahara desert are used by terrorists in Algeria as a hideout. The two videoed men called for more allegiance from “other jihadists” in the region and said they are“happy” that jihadists in “Skidda (eastern Algeria) and the Algerian desert have sworn loyalty” to the Islamic State.

Jihadists in the North African country were encouraged to attack “unbelievers” and fight against democracy that is considered as an “impious religion” in order to replace it with Sharia.

Algeria has suffered several terror attacks especially in the regions located in the desert but it has been able to contain it and one of the deadliest was the In Amenas gas plant attack in 2013.

North Africa Post's news desk is composed of journalists and editors, who are constantly working to provide new and accurate stories to NAP readers.
NEWER POSTUN entrenching terrorism in Libya, Dabbashi
OLDER POSTTunisia, Algeria to Step Up Coordination in the fight against terrorism