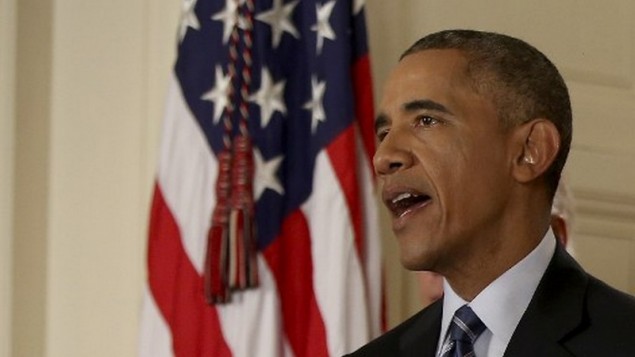 Iran-US: Obama smooths over critics but threatens to veto any rejection by the US Congress 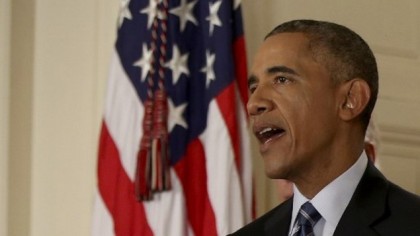 US President Barack Obama hailed the watershed deal between world powers and Iran and tried to convince critics of the deal but warned to oppose any rejection of the deal looming in the US Congress.

In an address to the nation President Obama praised diplomats from all sides in the 18-day talks for their understanding and indicated that the deal opens a new dimension between Iran and western powers. He also indicated that the historical pact meant “every pathway to a nuclear weapon is cut off.”

“This deal offers an opportunity to move in a new direction. We should seize it,” Obama said.

“This deal demonstrates that American diplomacy can bring real and meaningful change,” he also added.

As fears to see the deal muted in the US Congress grow, President Obama vowed to veto any rejection of the historic deal.  Republican-dominated US Congress expressed concerns over the deal saying that the US and its allies made too many concessions and lifting the economic sanctions will embolden Iran to dominate the region and quicken its march towards nuclear arms.

Obama assures critics that the deal will contain Iran and prevent it from acquiring nuclear weapons. “This agreement is not built on trust, it is built on verification. Inspectors will have 24/7 access to Iran’s key nuclear sites,” Obama said. “If Iran violates the deal, all the sanctions will snap back into place. Iran must complete key nuclear steps before it receives new sanctions relief.” Obama said.

Obama’s address was screened in Iran for the second time since the Iran Revolution of 1979. Equal satisfaction has been expressed by the Iranian President Hassan Rouhani who praised the deal saying “God has accepted the nation’s prayers.”

The watershed deal freezes Iran’s nuclear program for at least a decade and in return Iran will see international sanctions lifted gradually.

The lifting of the arm embargo demanded by Iran will remain in place for five years but the UN Security can grant special permission for arms delivery says Russia.

North Africa Post's news desk is composed of journalists and editors, who are constantly working to provide new and accurate stories to NAP readers.
NEWER POSTUK: Cameron’s cabinet to soften its decision on tourism to Tunisia
OLDER POSTNew Foundation Confirms Morocco’s Role as a Bastion of Moderate Islam