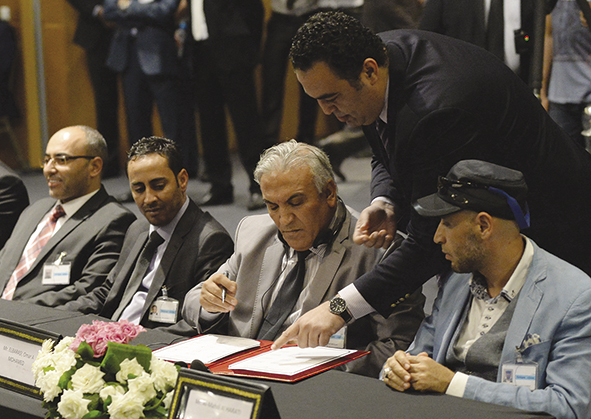 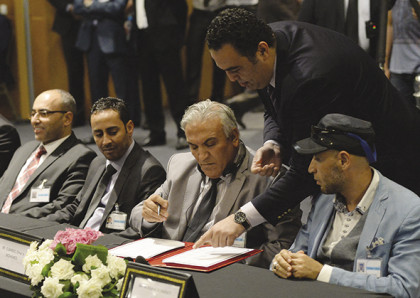 The political agreement signed by several Libyan negotiators in Morocco this weekend is a breakthrough towards a lasting peace in the North African country, although the Tripoli-based General National Congress has not initialled yet.

Libya, which has been rocked by violence and fighting between rival armed groups competing for power since the fall of Gadhafi regime in 2011, has two governments and two parliaments, one based in the eastern city of Tobruk recognized by the international community, while the other self- proclaimed (General National Congress) is based in Tripoli.

The draft accord initialled in the Moroccan city of Skhirat by the UN-backed Tobruk government will increase pressure on their opponents in Tripoli to sign the peace deal stipulating a transitional period for the establishment of a democratic state.

According to UN envoy for Libya Bernardino Leon, the door remains open to all Libyans and particularly those of Tripoli. “They have also played a critical role in this text. As I have said many times, there is no text that is entirely satisfactory to all parties and that responds to all their demands… I am confident that in the weeks ahead a clear decision will be made and will address all sides and issues”, said Mr Leon.

Commenting the Libyan draft peace deal sealed in Morocco, UN Secretary General Ban Ki-moon hailed the accord aimed at resolving the political crisis in Libya, saying he looked forward to “the speedy conclusion of the full agreement and its implementation”.

The agreement initialled in Skhirat “is a clear demonstration of political will and courage and brings the country one step closer to resolving the current institutional and security crisis”, said the UN SG spokesperson.

“The Secretary-General calls on all Libyans to move the political transition process forward, in a spirit of unity, through the formation of a Government of National Accord”, stressed the UN spokesperson.

The European Union also welcomed the agreement, saying it is a step toward restoring peace. For EU foreign policy chief Federica Mogherini, the deal is “an important step towards restoring peace and stability in Libya”, urging the self-proclaimed “General National Congress” to endorse it as well.

For his part, Italian Prime Minister Matteo Renzi said it was an “important step in the efforts made to stabilise the region and re-establish peace in this great country”.

French Foreign Minister Laurent Fabius also commended the accord, calling on Tripoli political leaders to help “form a government of national unity in the interests of Libya and the Libyan people”.