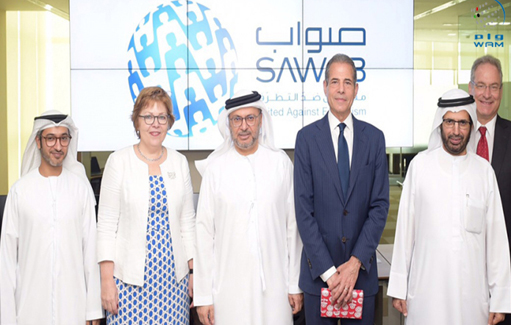 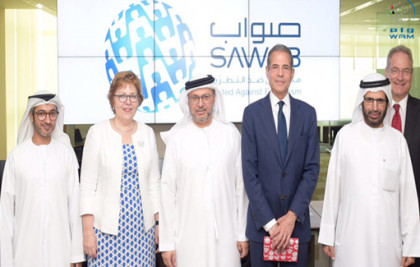 The United States and the United Arab Emirates on Wednesday launched The Sawab Center, the first-ever multinational online messaging and engagement program, in support of the Global Coalition Against Daesh. U.S. Under Secretary of State for Public Diplomacy and Public Affairs Richard Stengel and UAE Minister of State Anwar Gargash participated in the launch event in support of the millions of people in the region and around the world that oppose Daesh, said the State Department in a press release.

The Sawab Centre will focus on counter-propaganda meant to undercut the Islamic state group’s appeal among young Arabs in the Middle East and North Africa and to help stop the flow of foreign fighters from the region.

The center, named after the Arabic word meaning ‘the right and spiritual path, is part of a strategy to revamp faltering efforts to blunt the extremist group’s online propaganda, which has drawn tens of thousands of foreign fighters from around the world.

Officials involved in the initiative say the goal is to eventually make of the center a global hub linked to similar centers around the world to share effective online content and strategies.

“The Sawab Center will use direct online engagement to counter terrorist propaganda rapidly and effectively, including messages used to recruit foreign fighters, fundraise for illicit activities, and intimidate and terrorize local populations,” said the State Department, explaining that the Center “will increase the intensity of online debate by presenting moderate and tolerant voices from across the region and amplifying inclusive and constructive narratives.”

In a joint column posted on the website of The National, Anwar Gargash and Richard Stengel pointed out that center “will support the efforts of governments, religious leaders and scholars, educators, corporate leaders, public figures and individuals to stand up with pride and dignity.”

The two officials say the Center is the result of months of discussions between allies working to defeat ISIL and will be staffed by experts from the US and the UAE, who will engage online with people in the region and around the world.

The Sawab Center will expand to welcome other partners in the 63 country Coalition and with people, organizations and businesses throughout the world to challenge Daesh’s doctrines of hate and intolerance. The Center will also engage and expand the network of people willing to speak out against the terrorist group’s propaganda, recruitment and fundraising efforts, says the State Department.

The launch of the Center came just two days after US president Barack Obama unveiled a U.S. four pillar strategy meant to degrade and destroy ISIL group through a comprehensive and sustained counterterrorism approach.

“We’re going after the ISIL leadership and infrastructure in Syria, the heart of ISIL that pumps funds and propaganda to people around the world,” Obama said after a meeting with his national security team at the Pentagon.

The strategy includes a systematic campaign of airstrikes against ISIL in cooperation with the Iraqi government, and a pursuit of terrorists wherever they are, which means action can be taken against ISIL in Syria as well as in Iraq. It also provides for an increased support to forces fighting ISIL on the ground, and exploitation of all substantial counterterrorism capabilities to prevent ISIL attacks, in addition to providing humanitarian assistance to innocent civilians displaced by ISIL.