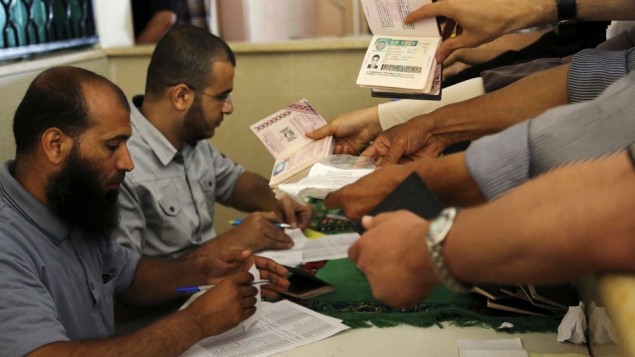 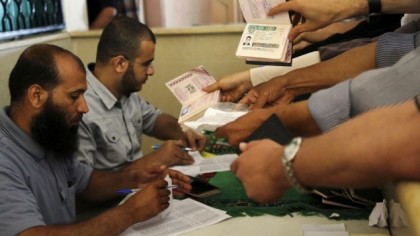 A panel of top Israeli Defense Forces officers deemed that a partial lifting of the economic blockade imposed on Gaza is necessary to ensure a long quiet truce with Hamas movement and other groups in Gaza.

According to Israeli daily Haaretz which reported the news, the panel of top IDF officers which met nearly one year after the 50-day war between Israel and Hamas, shared their thoughts with Israeli Defense Minister, Moshe Ya’alon.

The officers recommended that Israel allows thousands of Gaza’s residents to pass through its territory and enter Jordan via the Allenby Bridge in the West Bank.

The panel also recommended the reopening of the Karni border crossing next to Kibbutz Nahal Oz, which has been closed for the past four years, to facilitate transfer of goods and material, along with an expansion of the Kerem Shalom border crossing in the southern Strip.

Also as part of the panel’s proposal, Israel should allow thousands of unemployed Gazans to work in agricultural Jewish communities bordering the coastal strip.

Gaza which suffers from a blockaded imposed by Israel since 2007 after the Hamas movement won sweeping electoral victory is quite strangled economically with 40% of unemployment, and thousands of houses destroyed after last year conflict between Hamas and Israel.

“There is a direct correlation between the economic and demographic issues in Gaza and the security situation,” a top IDF officer told the panel.

“As long as the economic problems of Gaza remain unresolved, there remains potential for another bout of fighting, regardless of the level of deterrence we achieved in the previous conflict,” he said.

Since the end of conflict, now one year on, and under international pressure, Israel has allowed 70,000 residents of Gaza to enter Israel through the Erez crossing, while 550-600 trucks laden with goods and materials pass daily from Israel into Gaza through the Kerem Shalom crossing. The panel argued that this is fine but Israel should do more in order to ease economic tightness imposed on the Gazans.

However, the officers are still wary at the situation and have it that Hamas has resumed re-arming and building new tunnels even though Israeli recent incursion in Gaza, ‘Protective Edge’ has significantly diminished the force of the movement and that of other groups.

A senior IDF officer told the Israeli army Radio on Tuesday that Hamas has started refurnishing its arsenal and shares now ideology with the Islamic State. The IDF last week accused Hamas of supporting IS fighters in North Sinai following the bloody attack of the IS-linked fighters against the Egyptian army which left 20 soldiers dead according to official statement.

“Hamas is building new [attack] tunnels [into Israel], but is not rebuilding the ones that [were destroyed]. We don’t know of any tunnels that have yet crossed into our territory,” the source said.

“Operation [Protective Edge] created a significant deterrent. Hamas has been restrained and is restraining other [splinter] groups [in the Strip] from acting,” he said.