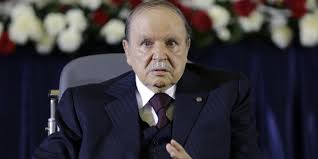 Algeria: President orders to crackdown on ethnic unrest “with diligence and severity”

Algeria’s President Abdelaziz Bouteflika has issued orders to crackdown on the ethnic unrest that has shaken to southern city of Ghardaia following violent clashes between Arabs and Berbers that left at least 22 people dead and many injured.

Bouteflika, who convened an emergency high-level security meeting with the Prime Minister, defense officials, the army chief of staff and other army officers, ordered the prosecutor in the region to follow all lawbreakers “with diligence and severity,” according to a statement released by his office.

Clashes between the Arab and Berber communities in the southern region are frequent as both groups compete over the scarce available resources in the impoverished desert environment including jobs, land and housing.

It is still unclear what led to this week new round of violence.

According to the presidency statement, the military commander of the area was temporarily entrusted with managing both security forces and local officials in a bid to restore calm and order. Algeria’s interior minister was also dispatched to the area.

The decision is part of a three-point emergency plan issued by the President’s office covering security, justice and development. In this vein, the plan calls for implementing previously planned programs to spur economic and social development.

The official news agency APS claimed that most of the casualties were registered in Guerrara, 120 kilometers northeast of Ghardaia, and were caused by “projectiles.”

Gunshots were also fired during the chaotic two days and “masked hordes on big motorbikes were combing neighborhoods of Guerrara and seeding terror among the population” according to El Watan daily.

The oasis city of Ghardaia, 600km away from Algiers, is recognized by UNESCO as a world heritage site but the past two years were marked by repeated violent clashes between the Berbers, who have their own language and religious rites, and the Arabs. The clashes often leave several people dead.