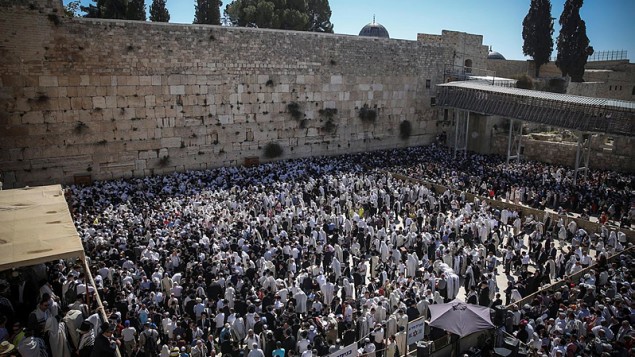 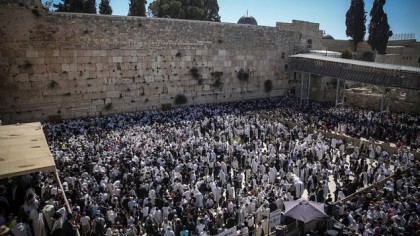 A UNESCO Resolution circulated by Algeria, Lebanon and Qatar at the World Heritage Committee, currently meeting in Bonn, Germany, charged Israel for “the persistence of the illegal excavations and works conducted by the Israeli occupation authorities and the extreme settler groups in the Old City of Jerusalem and on both sides of its walls.”

The resolution accuses Israel of damaging artifacts and Islamic holy sites on the Temple Mount, Islam’s Haram al-Sharif and charges Israel of  building a light rail line that passes near the Old City walls and damages their “visual integrity and the authentic character of the site.”

The resolution refers to the Temple Mount only as a “Muslim holy site,” and to the Western Wall plaza — the holiest site in Judaism accessible to Jewish worshipers, who are not allowed to prayer on the mount itself — only by its Muslim moniker, the “Buraq plaza.”

Israel Foreign Ministry General Director castigated the UNESCO move saying that resolution was “completely one-sided” and “full of distortions and is totally disconnected from reality on the ground.”

He also slammed the UN’s educational and cultural agency, arguing that it ignores the Jewish and Christian ties to the Old City.

“The Jewish people restored their majority in Jerusalem in the mid-19th century. Their ancient synagogues were destroyed and desecrated by a coalition of invading armies in 1948, who ethnically cleansed the Old City of any Jewish presence,” the official said.

North Africa Post's news desk is composed of journalists and editors, who are constantly working to provide new and accurate stories to NAP readers.
NEWER POSTAlgeria: President orders to crackdown on ethnic unrest “with diligence and severity”
OLDER POSTLibya: US ambassador to Libya nominated but will wait