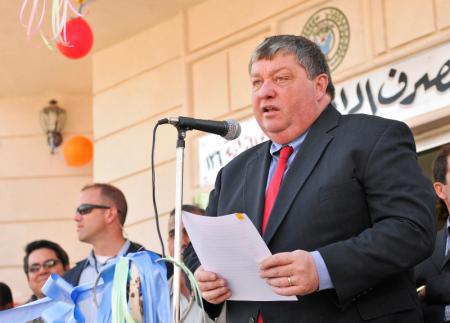 Libya: US ambassador to Libya nominated but will wait 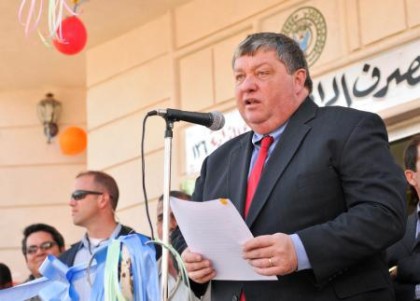 Former Assistant Chief of Mission for Assistance Transition and Coordinator for Minority Issues at the US embassy in Iraq and current US ambassador to Nepal, Peter Bodde, has been appointed new US ambassador to Libya in replacement of the outgoing ambassador Deborah K. Jones.

The White House confirmed Peter Bodde as the new US ambassador to Libya after he was rumored the one fitting the bill given his rich experience and knowledge of the Arab world.

Peter Bodde worked at the US embassy in Iraq from 2010 to 2012 as Assistant Chief of Mission for Assistance Transition and Coordinator for Minority Issues. From 2008 to 2010, he was positioned as the US ambassador to Malawi and was Deputy Chief of Mission at the US Embassy in Pakistan from 2006 to 2008. He speaks several languages including German, Bulgarian and Nepali.

Ambassador Bodde’s appointment is yet to be confirmed by the US Republican-dominated Congress which, according to analysts, will delay the enforcement of the nomination. Republicans will use the Bodde’s appointment hearings to criticise the Obama Administration over the death in Benghazi of US Ambassador Chris Stevens and three other diplomatic staff in September 2012.

Sources at the White House have it that Bodde’s confirmation hearings may not be finalized until the autumn. However the White House will appoint in the interim a chargé d’affaires to take charge of the embassy after Ambassador Jones bids farewell.

The appointment of Bodde as the new US ambassador to Libya has delighted the Washington-based US-Libya Business Association. The association commended, in a statement released on Wednesday, the appointment arguing that Bodde’s experience of the Arab world will help cast a new perspective on Libyan political reconciliation.

“Not only does this announcement mark the continued commitment of the United States to supporting Libya throughout its democratic transition, but Ambassador Bodde’s broad experience around the globe will bring unique insights and a fresh perspective on political reconciliation, rebuilding societies torn by conflict and managing reconstruction,” the statement read.