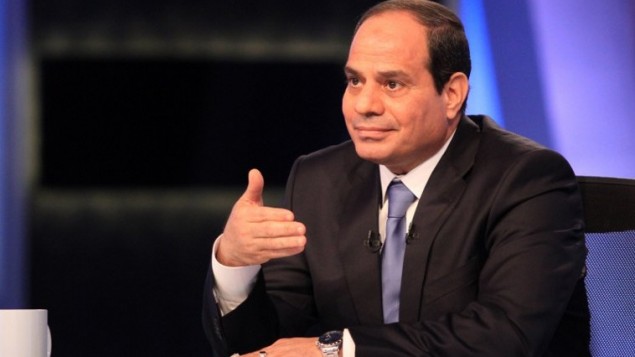 Palestinian-Israeli Peace, the antidote to end terrorism in the region, al Sissi 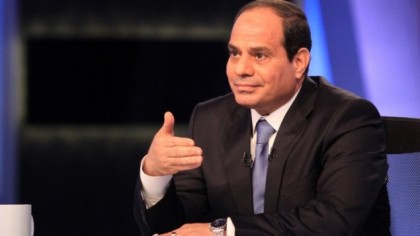 Egyptian President al-Sissi told the delegation of the US Jews committee (AJC) that settling the Israel-Palestine conflict will make the region more stable and safer as the terrorists use this conflict to justify their actions in the region.

President al-Sissi said it was a necessity to settle the conflict according to international terms of reference as this will rekindle Palestinians’ hope to create a Palestinian state.

Headed by the AJC chairman, Stanley Bergman, the delegation expressed condolences to the president for the victims of the bloody jihadist attack in North Sinai against the Egyptian army which left 21 soldiers dead, according to official figures. The delegation also congratulated president al-Sissi for his efforts to counter terrorism and to revive his country’s economy.

Al-Sissi insisted on the need for the international community to coordinate action against terrorism as the jihadists’ attacks are not limited to Egypt but target other areas in the Middle East and Africa.

The delegation members who consider Egypt a key player in preserving Jews’ interest in the region and a strong ally of Israel and the US, said ties between America and Egypt should be more developed in all areas including politics, economy and military.

The US had frozen its military support to Egypt after the military take-over of the power following the overthrow of Morsi in 2013. The US refrained from calling it a coup. It later on approved to release part of the budget after al-Sissi agreed to enforce democratic reforms.

North Africa Post's news desk is composed of journalists and editors, who are constantly working to provide new and accurate stories to NAP readers.
NEWER POSTMauritania: EU fishermen calling for a new better deal
OLDER POSTLibya: GNC rejects UNMIL draft accord, will initial it on condition of modifications