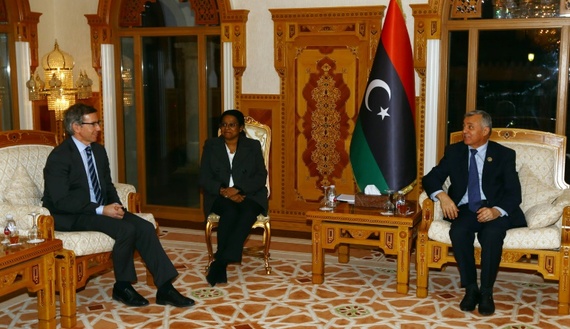 Libya: GNC rejects UNMIL draft accord, will initial it on condition of modifications 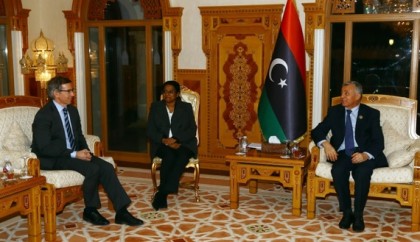 Libyan rival factions continue tossing the UNMIL draft accord as the Tripoli-based General National Congress (GNC) on Tuesday refused to sign the draft accord which normally will help end four years of chaos and uncertainty in once a better-off country in North Africa.

The GNC argues that the current accord as drafted is biased and unsatisfactory and therefore it cannot initial it. It said it will not accept the accord unless it is amended, calling on the UN mediator to reopen debates.

The GNC disagrees with the draft around the point related to the “judiciary”, a reference to the Supreme Court decision validating the parliament based in Tobruk.

Groups allied to GNC mainly the Fajr Libya, a militia controlling Tripoli, have vehemently rejected the proposal calling it a betrayal of those who “fought for the liberation of Libya and the preservation of its sovereignty”.

The GNC delegates left the table of discussions on Sunday at the Moroccan resort city of Skhirat in a reaction against the draft and said they would go back to Tripoli for a larger consultation with the GNC.

Tobruk-based House of Representatives (HoR) and other independent actors accepted to ink the draft accord after it was amended according to the HoR demands.

The UN Security Council has thrown its support behind the draft and has urged all Libyans to come together to allow a unity government to emerge, a condition necessary to lift Libya from its current chaotic situation.

Since the fall of Col Muhamar Gaddafi, Libya has become an uncontrolled country at the mercy of criminal networks of smugglers who have shipped hundreds of thousands of illegal migrants to European southern coasts. Libya also has become a training camp for jihadists and a launching pad of attacks against neighbouring countries.

The EU fears that Libya may become jump-off point for jihadists in Europe.

North Africa Post's news desk is composed of journalists and editors, who are constantly working to provide new and accurate stories to NAP readers.
NEWER POSTPalestinian-Israeli Peace, the antidote to end terrorism in the region, al Sissi
OLDER POSTMauritania: MSF Warns Against Malnutrition of Malian Refugees in Mbera Camp