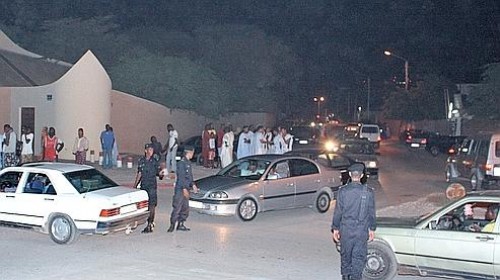 Mauritania increasingly worried about mounting terrorism in the Sahel 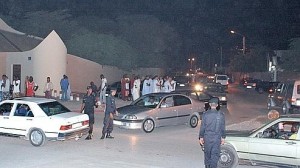 Mauritania is increasingly worried about the mounting terrorist threat in the Sahel that has become a safe heaven for organized crime and terrorism networks.
Mauritania’s worries were recently expounded before the 67th session of the UN General Assembly by Mauritanian Foreign Minister Hamadi Ould Hamadi who warned that the Sahel region has become “a safe haven for organized crime networks of all kinds – drug trafficking, weapons, ammunitions, including trafficking in human beings, illegal immigration and particularly terrorism.”
The Mauritanian official voiced his country’s resolve to cooperate with the international community to fight terrorism and its willingness to host the UN Counter-Terrorism and Counter-Organised Crime Centre in the African Sahel region.
The decision to set up the UN Center for Counter-Terrorism (UNCCT) was finalized in 2011 as the result of an agreement between Saudi Arabia, which committed $10 million to the project, and the UN.
The New York-based UNCCT aims to strengthen countries’ abilities to stop terrorism, affirm best practices and promote international counter-terrorism cooperation.
The mounting terrorist threat in the region was also at the focus of talks held last weekend in Nouakchott between Mauritanian President Mohamed Ould Abdel Aziz and visiting Algerian minister for Maghreb and African affairs, Abdelkader Messahel.
Messahel told the media after the meeting that the two countries were both determined to fight terrorism and organized crime by all means.
The main terrorist threat in the region now comes from Al Qaeda in the Islamic Maghreb (AQIM) which seized northern Mali last March and laid its control on the airports, military bases, training facilities and arms dumps located in the territory, fuelling fears in the region and beyond that northern Mali could become a new sanctuary for jihadists.
However, Mauritania and Algeria are both opposing a military intervention in Mali to restore the country’s unity, have ruled out sending troops to fight the terrorists and rather call for dialog to reach a political solution to the Malian crisis.
Meanwhile the Economic Community of West African States (ECOWAS) is waiting the green light from the UN Security Council to send a force of more than 3,000 to help Bamako recover its northern parts.
The region’s top UN envoy Said Djinnit conceded however that it could take months before military operations begin and said that in the meantime, a dialogue is being put in place.
This was confirmed by Burkina Faso President Blaise Compaore, the lead mediator in the crisis, who promised that he would set up a “dialogue framework” for talks with Mali’s rebels.