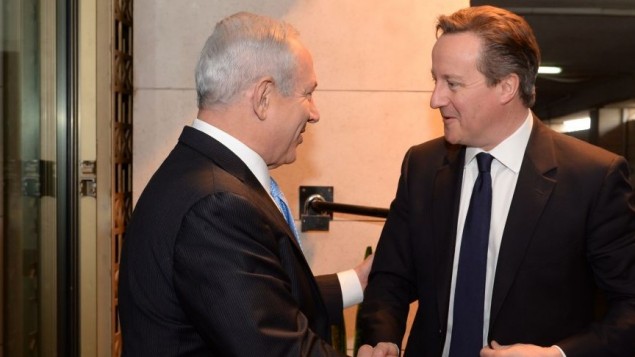 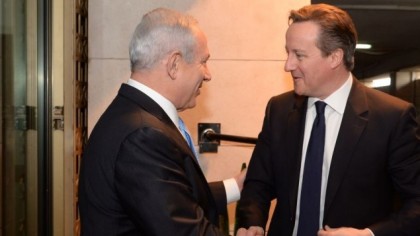 It may sound bonkers for many analysts but a British paper claimed on Monday that Israeli Prime Minister Benjamin Netanyahu asked Israel’s European allies to back the United Nations Human Rights Council’s Gaza Resolution so that Israel dodges harsher criticism.

UK sources told the Jew Chronicle Report that Prime Minister David Cameron, German Chancellor Angela Merkel and other unnamed European allies were asked by Benjamin Netanyahu to vote in favour of the UNHRC Gaza Resolution condemning Israel and the Palestinian armed groups for war crimes during the 50-day conflict in Gaza last year.

The Gaza Resolution was adopted on Friday by 41 out of 47 members of the Council. Most European allies of Israel including France, Germany, UK, Ireland, the Netherlands, Portugal, Latvia and Estonia voted in favour of the resolution. The US voted against the resolution that it condemned and deemed biased.

UK sources told the Jew Chronicle report that Prime Minister Cameron described as “crazy” the Israeli request but backed it as it was proved during the vote.

Tel Aviv feared that a rework of the resolution in case it failed to be adopted will be dramatic for Israel because the adopted resolution is the soft version of the Palestinian draft.

The Israeli Foreign Ministry denied the claim on Monday arguing that Israel had opposed the adopted resolution and this expressed in black and white in Israel’ official response. However it admitted that Israeli asked its allies to make sure that a harsher version does not emerge.

“Israel announced to all the members of the Human Rights Council that it is strongly opposed to the resolution that was adopted, as was expressed in the State of Israel’s formal response,” it said. “At the same time, Israel asked the members of the council to ensure that the proposed text is not made harsher.”

The UNHRC Gaza Resolution caused waves among different diplomacies. Europe and the US regretted that the Resolution failed to mention Hamas as culprit for its rockets towards Israel.