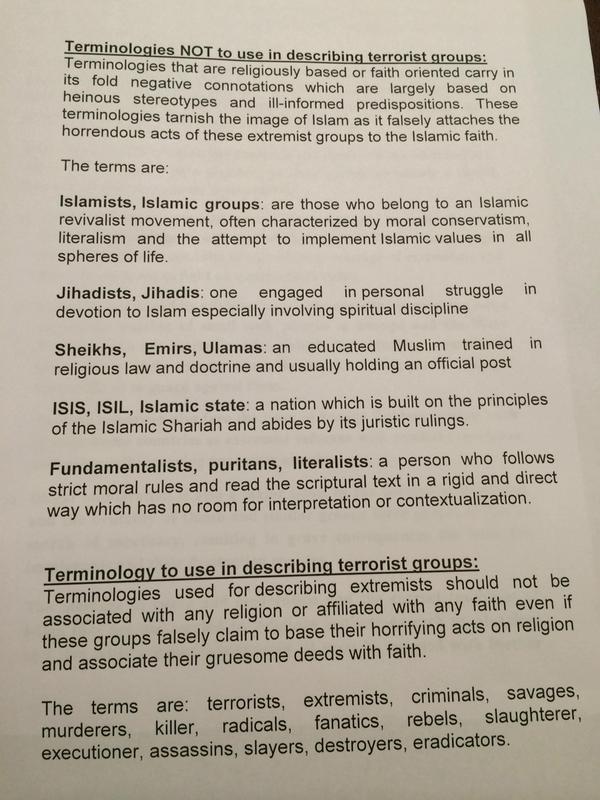 Egypt: Govt imposes set of terminologies to reporters during coverage in Egypt 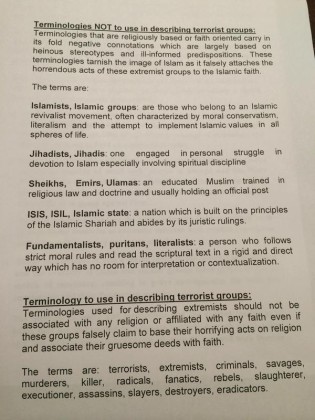 The Egyptian government on Monday circulated hand-outs containing a set of terminologies and instructions to consider during reporting and analysis of events in Egypt.

Days after the North Sinai bloodshed between IS-linked fighters and the Egyptian army with conflicting figures of the death toll in the camp of the Egyptian army, the Egyptian Ministry of Foreign Affairs convened a meeting in Cairo with foreign reporters and journalists and instructed them to incorporate a number of terminologies such as terrorist, extremist, criminal, executioner, assassins, destructive, fanatic, murderer instead of Islamists, Islamic groups, jihadists, Sheikhs, princes, scholars and any Islamic State various derivatives.

The Ministry argued terms such as Islamists, Islamic groups, jihadists (….) tarnish the image of Islam and should therefore be avoided.

Analysts say that the Ministry’s move tallies with efforts made by religious institutions to explain and clarify true concepts and unveil claims of terrorist organizations which hide behind religion to achieve their goals.

Egyptian foreign minister Sameh Shokry also slammed reporters for disseminating figures different from the official figures and circulating wrong information during the Sinai events coverage. He accused them of “civil disobedience” or “rebellion”. He went further saying that they could be indicted for terrorism or criminal attack for such acts.

This latest move by the Egyptian government came under the fire of many journalism syndicates and scholars, calling it a “breakdown on the freedom of the press”.

Mehrez Ghaly, professor at the Journalism College at Cairo University says “this is not journalism”. He argues that the government is trying to control the press and distort the “objectivity,” a key element of journalism.

He likened the Egyptian government’s move to that of the US which labels any attack against Israel a “terrorist act”, something he considers a violation of the objectivity in journalism.