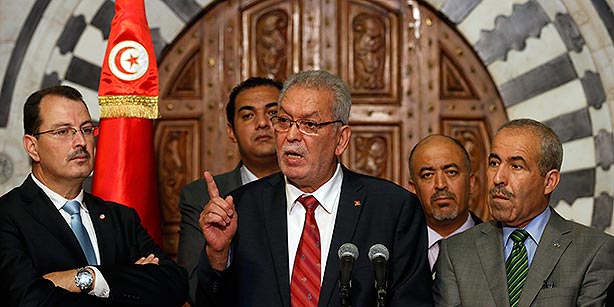 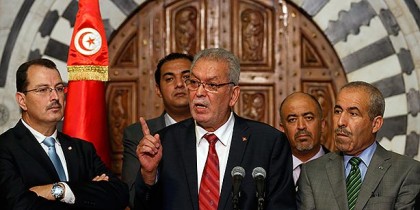 Tunisian authorities said on Thursday they are in search for two other gunmen believed to have received training in Libya with the 23- year old gunman who killed 38 tourists at Sousse hotel resort last Friday. 12 people have been already arrested in connection with the attack.

Tunisian authorities are still finding it difficult to get over the psychological trauma of the attack after it was revealed that the gunman was trained in Libya as were the two authors of the Bardo Museum attack last March. Authorities said they have arrested 12 suspects linked to the attack but they are in search of two other culprits who allegedly received training in war-torn Libya like the author of the Friday attack.

“This is a group who were trained in Libya, and who had the same objective. Two attacked the Bardo and one attacked Sousse,” Lazhar Akremi, minister for parliamentary relations, told reporters.

“Police are hunting for two more,” he added.

This is the second deadly attack staged by ISIS linked group in Tunisia. Early this year in March, two gunmen stormed the Bardo museum in Tunis killing 21 people, mostly foreign tourists. The two gunmen according to authorities were trained in Libya.

According to official figures, 3, 000 Tunisians have joined the ISIS training camp in Libya.

Tunisia is nearly on its knees following the two terror attacks that have damaged severely its tourism industry, one of the main GDP drivers of the Tunisian economy.

Tunisian authorities have started working to curb the number of youths joining ISIS and tightened control at borders. Tunisia is one of few countries that still have a representation in Libya even though 10 workers of its consulate in Tripoli were abducted last month and later on released in a prisoners swap. Tunisia is also enjoying the support of Washington in its fight against terrorism. The country, declared a major non-NATO ally, is expecting a number of American-made warships next year that will help control its borders.