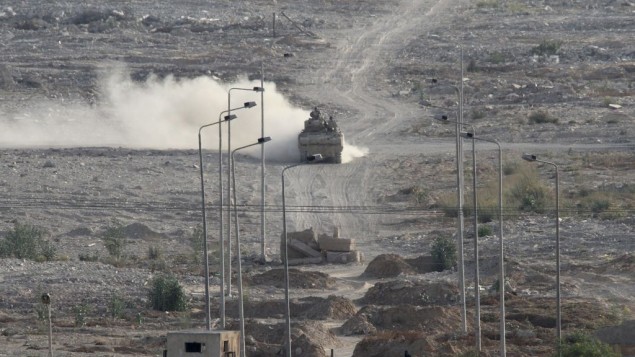 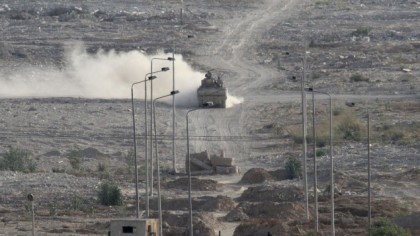 Israel has not only offered condolences to Egypt after the deadly coordinated Islamist attacks in the Sinai Peninsula but also gave a free hand to the Egyptian army on Thursday to do whatever it wants in northern Sinai to stem the Islamist resistance despite a ban from the 1979 Camp David peace accords.

The military annex of the Camp David accords stipulates that Egypt should only maintain civilian police forces in the eastern Sinai. However, Tel Aviv says given the threat and assaults conducted by the Islamist insurgents in the Sinai against Egyptian forces, allowing Egypt into northern Sinai does not breach the accord because its purpose in the Sinai is to destroy militancy which is equally a threat to Israel and the entire region.

An Israeli official who spoke under conditions of anonymity said Israel would turn a blind eye to such an operation as it aims at a common purpose.

“It took one phone call from Cairo to Jerusalem to authorize whatever Egypt wants in Sinai, counter to the military annex,” he said.

“Israel understands the challenge facing Egypt. We face the same challenge,” he added. “We aren’t worried that Egypt may attack Israel, nor are they worried that Israel will attack them… it is clear to the [Egyptian] leadership that not only is Israel not an enemy, it’s an ally.”

Israel and Egypt are working to improve their diplomatic rapprochement after three years of silence. Egypt is a strong Israeli ally in the region with whom it signed an ironclad peace accord in 1979.

The Muslim Brotherhood organization accuses Israel of being behind the ouster of Mohamed Morsi in 2013. Tel Aviv did not condemn the military take-over in Egypt and went length to commend al-Sisi for getting rid of the Muslim Brotherhood deemed as a terrorist group by Israel and the new Egyptian regime.

Al-Sisi revived ties with Israel last month when he appointed Hazem Khairat as the new Egyptian ambassador to Israel. The new Israeli Foreign Ministry’s director general, Dore Gold, chose Egypt as his first foreign visit after his appointment to warm up ties.