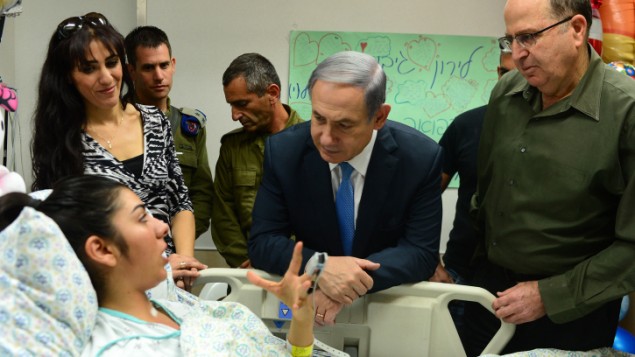 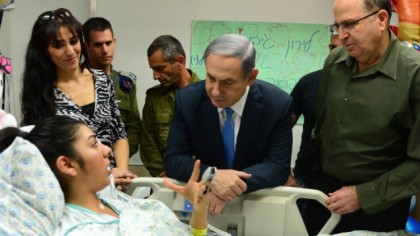 He seized the opportunity to warn against the group’s threat to Israel as the town of Rafah also witnessed part of the attacks.

Egyptian army on Wednesday came under ISIS’ fire through several coordinated attacks on at least five checkpoints, leaving more than 70 soldiers and police forces dead. This death toll is the worse ever recorded by Egypt since the war with Israel.

Israeli Premier, Benjamin Netanyahu said, while visiting a hospitalized Israeli soldier attacked by a Palestinian last week, that the latest attacks underscore the strength and power of the group to hit the region and even Israel.

“Terrorism is knocking at our borders,” Netanyahu said.

“ISIS is not just opposite the Golan Heights. At the moment it is also in Egypt, opposite Rafah, facing our borders, and we are joined with Egypt and with many other countries in the Middle East and the world in the struggle against the Islamist extremist terrorism that is guided by two elements – Iran and the Shiite extremists, and ISIS and the Sunni extremists — as well as other factions such as Hamas,” he added.

Netanyahu’s comments were tallied by his defense minister Moshe Ya’alon who also extended his condolences to Egyptians.

Ya’alon accused Iran and Islamist extremist groups of sowing terror in the region and reiterated that it was Israel’s responsibility to do something and coordinate with other countries in the region to stem terrorism. He expressed confidence that countries of the region will cooperate to fight the group despite suspicions. ISIS is global threat and it requires global attention and reaction, he said.

The US, Egypt’s ally also condemned the coordinated attacks on Egyptian troops in the northern Sinai Peninsula.

White House spokesman Ned Price expressed Washington’s deep sorrow and reiterated the American support to Egypt and collaboration in the fight against terrorism.

North Africa Post's news desk is composed of journalists and editors, who are constantly working to provide new and accurate stories to NAP readers.
NEWER POSTUK: London may soon launch strikes against ISIS, official says
OLDER POSTEgypt: No place for terrorism in Egypt, the government takes a strong stance by adopting new law