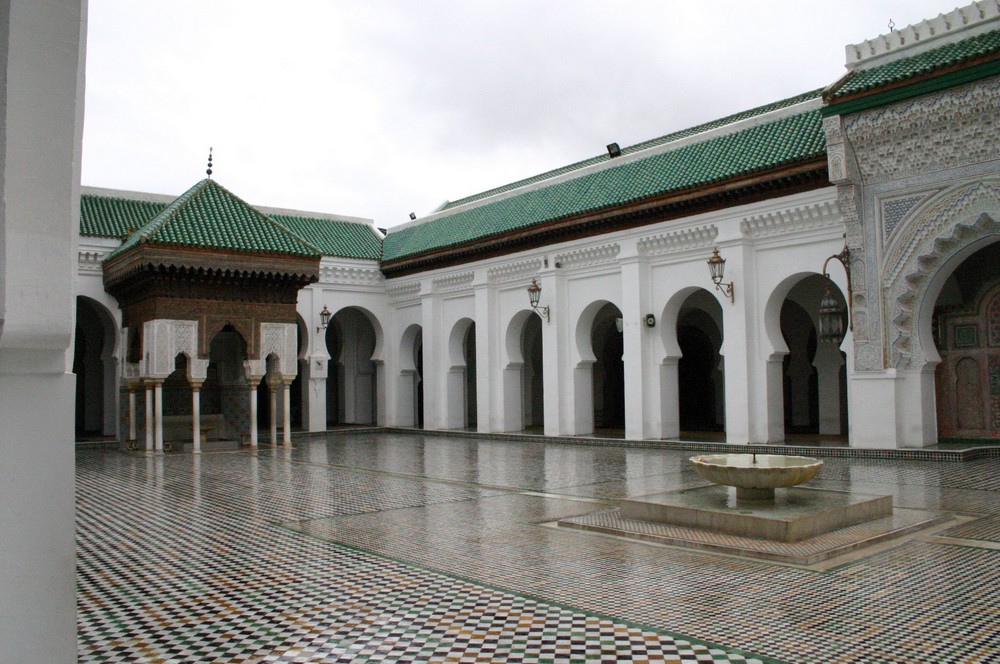 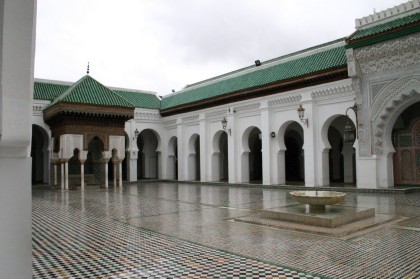 Morocco has been exerting relentless efforts to promote moderate Islam as a means to counter extremism and fanaticism and to foster security and stability at home and beyond.

The latest move made part of these efforts came when King Mohammed VI, seeking the renaissance of Al Qarawiyyin University as a religious institution spreading moderate Islam, ordered the restructuring of the Fes-based eminent institution so that it regains the stature it once enjoyed as the first university in the Arab world and as a center of Islamic studies and knowledge.

This university should be a benchmark in terms of training in religious sciences and the History of Islamic thought and civilization, and become again a reference institution in the Arab and Islamic world, outlined the King in a Royal decree made public last week.

The King stressed the need to “promote the University together with the institutions falling within its scope, review its syllabi and teaching methods to upgrade the curriculum of Islamic studies in general and of the Maliki doctrine studies in particular, modernize the institution and also preserve it as a center of learning and scientific research.”

Al Qarawiyyin University which is renowned worldwide as a center of the Arab-Islamic civilization was founded by Mrs Fatima al-Fihri in 859 as a mosque-religious school. Over time, the University status has been reformed and its educational system updated to enable the institution adapt to modern trends and meet new expectations. It was incorporated into Morocco’s modern state university system in 1963.

But under the new reorganization and according to the recent Royal Decree, the University is now put under the patronage of the King and submits to the state authority in the person of the Minister of Islamic Affairs.

The missions assigned to the University include among others the training of imams, scholars and researchers in the field of Islamic studies and theology, the preparation of religious qualification and guidance programs, the promotion of scientific research on Quranic studies, Hadith and Fiqh and the promotion of Morocco’s History and the Maliki doctrine.

The new move confirms the efforts made by Morocco, as a global bastion of Islam’s moderate Sufi mystical strand, to ward off the threat of radicalization of its citizens as well as of those of African neighboring countries.

“Morocco is deploying religion as an instrument of stability and likes to promote its moderate brand” of Islam, Anouar Boukhars, a non-resident scholar at the Carnegie Endowment for International Peace was quoted as saying in a recent Bloomberg analysis.

Morocco “is trying to position itself as a counterweight to radicalization and an important actor in solving security issues in the Sahel,” said Boukhars, who is also an analyst at Madrid-based FRIDE.

Besides the restructuring of Al Qarawiyyin University, King Mohammed VI has also decided to set up the Mohammed VI Foundation for African scholars with the aim of boosting scientific and cultural reflection on Islam.

The Foundation, to be based in Rabat, is entrusted with spreading tolerant Islam in Africa and fighting extremism and religious fanaticism through coordination with all African Muslims scholars. Besides strengthening Morocco’s historical ties with African countries, the Foundation will promote the creation of religious, scientific and cultural institutions, institutes, and centers, and thereby preserve and disseminate the shared Islamic African cultural heritage.

As recalled by the authors of the Bloomberg analysis, “much of West Africa adopted Islam in the 11th century during the expansion of the Almoravids, an Amazigh dynasty whose capital was Marrakesh.”

“Many regard Mohammed VI, who claims descent from the Prophet Muhammad, as a religious leader. About 54 percent of the region’s population is Muslim,” the authors stated.

Last year, Morocco had trained 500 Malian imams at the request of war-torn Mali to counter the pro-Qaeda strand in religious leadership. The success of the experience prompted other African and even European countries to make similar requests.

To institutionalize the technique, the Mohammed VI Institute for the training of Imams was set up in Rabat. The institute, inaugurated officially last March by the King, is attended by more than 400 foreign nationals, emanating largely from Mali, Guinea, Conakry, Côte d’Ivoire and Gabon. Trainees also come from Tunisia, France, Belgium, and the Maldives.

“Using his own funds, the King awards more than 500 scholarships for imams every year, enabling the clerics to come to Morocco to study its time-tested form of Islam. This strategic move gives imams in Mali, Mauritania and other West African nations the intellectual ammunition and confidence to argue against extremism. One of ironies of these debates is that the extremists often know very, very little of the Koran and the Sharia that they seek to impose,” commented Richard Miniter in a column published in Forbes early June.

“Morocco’s main form of Islam emphasizes the changing of the self through increasing discipline and deepening obedience; radical Salafi forms of Islam (embraced by al Qaeda, ISIS and parts of the Muslim Brotherhood) stress murdering and maiming innocents to stampede the survivors into submission,” Richard Miniter wrote, arguing that “This is a war of ideas. On its outcome hangs the future of five different civilizations (Arab, Chinese, Indian, Russian and Western.) So it is vital to supply the right ideas to the right people at the right time across the region.” And this is exactly what Morocco’s King is trying to do.