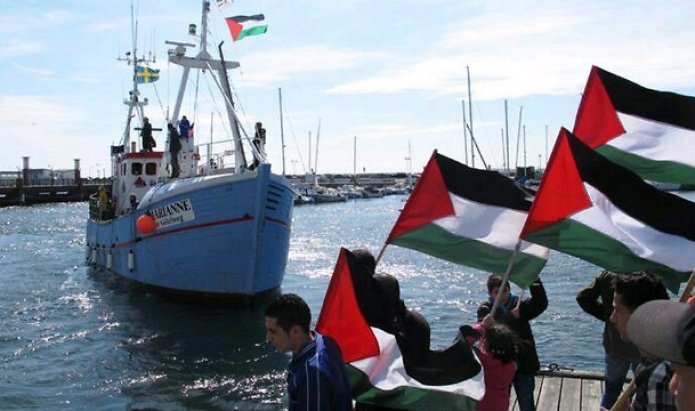 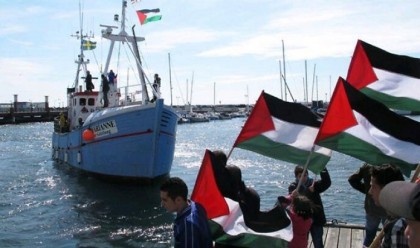 Former Tunisian president Moncef Marzouki, who was aboard a flotilla seeking to break the blockade imposed on Gaza enclave, was banished by Israeli authorities.

Mr. Merzouki, who was Head of state from 2011 to 2014, was on board of the Swedish boat Marianne carrying 18 political activists and journalists bound for the besieged Gaza Strip.

The boat was seized by the Israeli navy without incident and docked in the Ashdod port. Most of the European, Arab and Israeli activists arrested by Israeli authorities were expelled or released later on.

The Marianne boat was part of a four-boat flotilla of pro-Palestinian activists endeavoring to reach the Gaza Strip to denounce and shed lights on the “inhumane and illegal” Israeli blockade of the Palestinian territory.

So far, the Israeli government has refused to lift the blockade saying it prevents Palestinian Hamas militants from getting weapons.

In 2010, Israeli-Turkish relations soured after Israeli commandos launched a deadly raid on a Gaza-bound aid flotilla, killing 10 people, most of them Turkish citizens.

In a retaliation move, Turkey expelled Israeli ambassador and suspended all military agreements. After an investigation, the UN published a report saying that Israeli commandos used excessive force when they boarded an aid ship.

The nine Turkish activists were killed by Israeli forces on board the Turkish-flagged ship, Mavi Marmara, when it was intercepted by the Israeli navy in international waters as it was sailing towards the Palestinian Gaza enclave isolated since 2007.