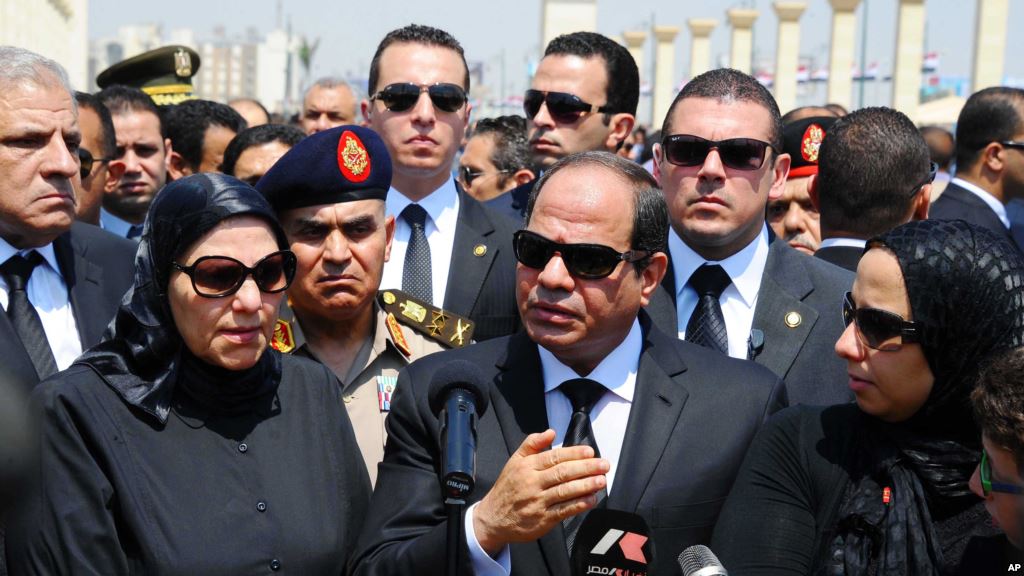 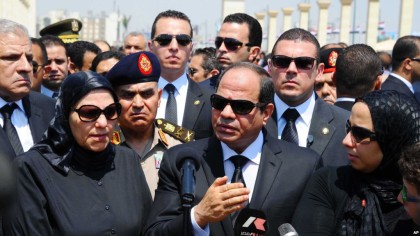 President Sisi has promised a reform to speed up judiciary procedures as part of a crackdown on extremists and terrorists.

During the funeral ceremony of Prosecutor General Hisham Barakat killed in a terror attack, President Sisi said “swift justice” will be introduced in order to free the judiciary’s hand for a“battle” the country is prepared to wage despite criticism over human rights issues.

The Minister of Transitional Justice, Ibrahim el-Henaidi, said an anti-terrorism draft law will be submitted on Wednesday to the Cabinet’s weekly meeting for final amendments.

The approval process of the draft is expected to be accelerated since Egypt has no parliament and President Sisi is exercising legislative powers ahead of parliamentary elections.

Stressing the importance of the upcoming reform, Sisi lamented that “the judiciary is restricted by laws, and swift justice is also restricted by laws. We will not wait for that.” He claimed that those in custody are among those who are “issuing orders from behind bars” as he warned that “if there is a death sentence, it will be carried out.”

The comments are seemingly aimed at Muslim Brotherhood officials, accused by many of being behind Barakat’s assassination since he played an instrumental role in their trials.

Action will be taken within days “to enable us to execute the law, and bring justice as soon as possible,” Sisi said.

Hassan Badrawi, deputy head of the State Council, which gives legal advice to the government, drafts legislation, and exercises jurisdiction over administrative cases, said “it’s time to make changes from the roots” because trial processes are long and “if executions had taken place in some incidents, we would have achieved deterrence.”