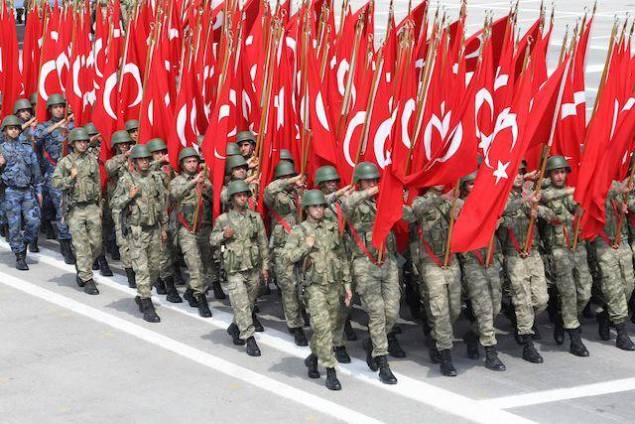 Is Turkey Planning to Send Troops to Syria ? 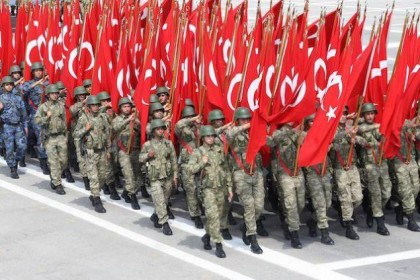 Turkey’s National Security Council has reportedly held lately a meeting to discuss plans to send in troops to Syria to set up a buffer zone and prevent Syrian Kurds from forming their own state.

President Recep Tayyip Erdogan has already obtained the parliament’s approval to launch military action against fighters of the Islamic State and the Syrian regime.

According to the Turkish government, the buffer zone will help protect the Syrian refugees from the bombings of Bachar Al Assad army & attacks of Islamist militants. The no-fly zone will also serve to foil the Kurdish attempts to establish their own state on Turkey’s doorstep.

Last week, Mr Erdogan vowed not to allow Syrian Kurds to create their own state in Syria following gains made by Kurdish fighters against the Islamic State.

“I am saying this to the whole world: We will never allow the establishment of a state on our southern border in the north of Syria”, the Turkish president said. “We will continue our fight in that respect whatever the cost may be”, he added, accusing the Syrian Kurds of ethnic cleansing in Syrian areas under their control.

According to some press reports, up to 18,000 Turkish soldiers may be deployed in the buffer zone that will stretch over 30 kilometers deep in the Syrian territory and 100 kilometers along the zones held by ISIL.

Ankara has asked the United Nations and its Western allies to approve the creation of a buffer zone and a no-fly area inside Syria to prevent chaos along the Turkish border and to help refugees on Syrian soil before they cross over into Turkey. But the Turkish request has so far been ruled out.

The Turkish government fears that the Syrian Kurds, whose advance against ISIL has been helped by airstrikes from the U.S.-led coalition, will embolden them to set up their own state as Damascus is being weakened after more than four years of war.