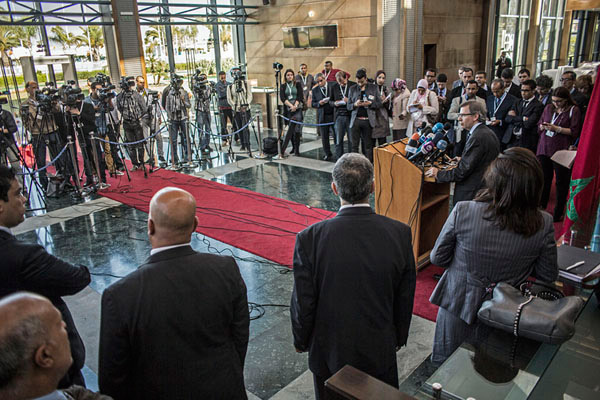 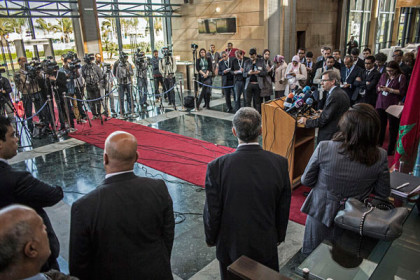 Libyan warring factions will hold this Friday a new round of UN-brokered peace talks in the Moroccan city of Skhirat in a bid to reach a cease-fire and prepare the grounds for a lasting peace.

Libya has two rival governments and two parliaments, one based in the east recognized by the international community, while the other self- proclaimed (General National Congress) is based in the west in Tripoli.

The United Nations officials hope this new round in Morocco will help the warring factions move forward towards a compromise to set up a government of national unity.

The Libyan negotiators had already held talks earlier this month in the North African Kingdom wherein they reviewed a peace plan proposed by the UN special envoy to Libya Bernardino Leon.

The plan calls for the formation of a transitional national unity government for one year, making the Parliament of the internationally-recognized government the only legislative authority in the country during the interim period.

But, the plan also proposes the formation of another body from the self-proclaimed “General National Congress” of Libya to serve as the State High council which will issue binding opinion with majority of votes on draft laws.

Under the draft peace plan, the two sides should integrate their militias into a reformed army controlled by the government and the former rebel fighters will have either to join the regular army or reintegrate into civilian life.

Some of these proposals were slammed by the internationally-recognized Libyan government, but the Tripoli-based government welcomed them, which suggests that there is a possibility of hammering out a compromise deal.

Western governments are pushing the two factions to agree to the U.N. agreement as the only way to end a crisis that threatens to split the North African country wherein Islamist extremist groups are expanding their powers, undermining the whole region peace and stability.