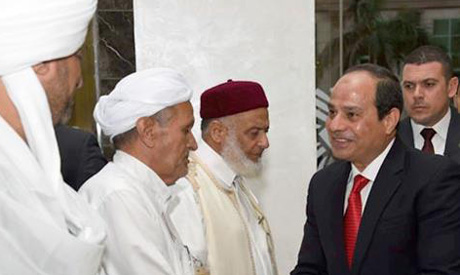 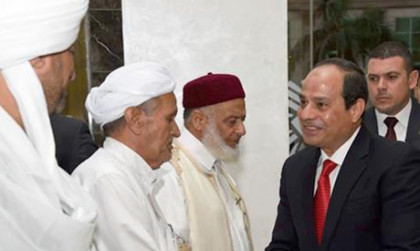 President Sisi has called on the Egyptians to be united against those who want to destabilize the country during a weekly Ramadan event dubbed the ‘Egyptian Family Iftar.’

The event is attended by members of the civil society from different walks of life together with tribes’ representatives.

Bombings and armed attacks have become a daily affair in Egypt. Sisi called for the oneness of the nation because if “Egyptians unite and avoid disputes,” they will overcome the threats posed by militants in the country and beyond its borders.

The demonstrations that led to the end of the Mubarak regime and that of Morsi have divided the Egyptian society.

Sisi reminded them that “this country and land belong to all of us, and there’s space for everyone” but “whoever wants anything else will not be able to succeed.” The president called for national efforts and good citizenry to move the country forward since “the fate of 90 million Egyptians is not just the president’s responsibility, but also that of the army, the police, the media and intellectuals.”

Representatives of tribes from Sinai, Marsa Matrouh, Nuba, Siwa, Halayeb, Shalatin, Suez and Upper Egypt were present at the gathering. Their regions are affected by insecurity due to the presence of armed terrorist groups in the Sinai Peninsula.

Sisi said Egypt will welcome those who want to live in peace and security but he warned those who have been launching attacks on security forces and government institutions that “they cannot be stronger than those who took the decision on 30 June two years ago” when demonstrations led to the end of Morsi’s regime.

Concerning North Sinai, Sisi said that he “did not have a choice” in the security forces’ actions there, as they had to protect the country.