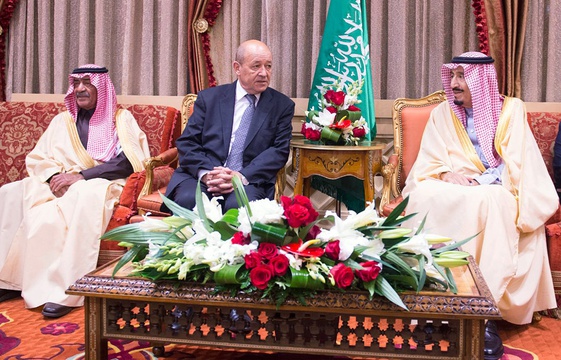 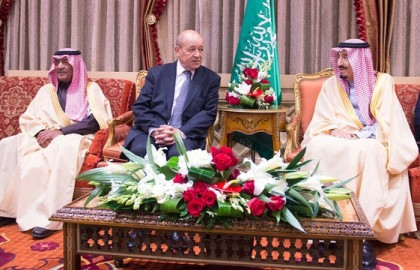 Saudi Arabia’s Deputy Crown Prince Mohammed bin Salman’s current official visit to France climaxed with the signing of multi-billion dollar agreements, primarily in the military field as Saudi Arabia, which plays a leading role in the Gulf, is enhancing its military arsenal with more weapons purchases.

Prince Salman and President Hollande presided over the signing ceremony of several agreements that will provide Riyadh with helicopters, Airbus jets and two possible nuclear reactors.

The Crown prince was in Russia last week and an agreement for nuclear cooperation and prospective projects was signed with state-owned nuclear agency Rosatom.

The agreement with France involves a study for two new-generation nuclear reactors, as well as nuclear waste processing and safety training

According to French Foreign Minister, Laurent Fabius, French patrol boats will also be sold to the oil rich country in order “to enhance the capability of the Saudi Coast Guard, which is today facing growing threats” but he stopped short of explaining what the 23 helicopters will be used for.

Although Fabius didn’t give the total estimate of all the agreements involved, he mentioned that they were worth more than $12 billion.

The Gulf States have been arming themselves in the past few years as tensions in the Middle East continue to rise and doubts continue to loom over negotiations surrounding the controversial Iranian nuclear program.

Besides economic and military cooperation, the French and Saudi officials also discussed the major developments in the region, with focus on the situation in Yemen, Iraq and Syria.

Regarding the Yemeni crisis, Saudi Foreign Minister Jubeir said “Gulf countries should send their help to Yemen” for the reconstruction of the country and promote efforts towards “a political solution” between the Hadi government and Houthis as he hoped that the latter “will return to reason and understand that they might have a role in Yemen” if they adopt “a peaceful manner.”