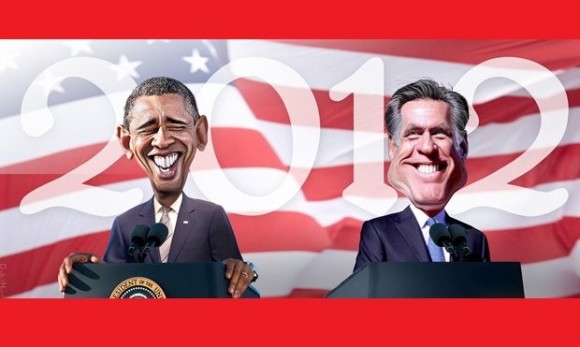 Why the debate season is a “fraud on the American voter”

Presidential debates in America have been hijacked, creating the “charades devoid of substance, spontaneity and answers to tough questions.”  The October 3 debate leaves citizens to rail against the lobbyist-led, anti-democratic control of the process.  Three sponsors even dropped out before the opening remarks.  US Pres. Barack Obama and Republican challenger Mitt Romney “hoodwinked the American public” in what was not a debate at all.

Criticisms of CPD are not new

It was a 90-minute, joint tv appearance. The slimy underpinnings that put it together are coming to light.   “This year, the Commission on Presidential Debates provided candidates a list of debate topics ahead of time (on Sept. 19) – an unprecedented step that ensures even less opportunity for voters to see candidates thinking and responding, as opposed to recalling and reciting,” complained the site ReclaimDemocracy.org.  It continued: “Voters of every ideology lose when our choices are dictated by the two dominant parties.”

As further outlined on ReclaimDemocracy.org:

“Robert F. Bauer of the Obama campaign and Benjamin L. Ginsberg of the Romney campaign negotiated a detailed contract that dictates many of the terms of the 2012 presidential debates, including how the format will be structured…  In order to shield the major party candidates from criticism, the Commission on Presidential Debates is concealing the contract from the public and the press.”

Mr. Obama and Mr. Romney had to do nothing more than guess the essay questions from the following topics and write answers. The topics published on debates.org were: The Economy – I, The Economy – II,  The Economy – III,  Health Care,  The Role of Government and Governing.

The League of Women Voters predicted this disintegration of the process 24 years ago.  Nearing the end of Ronald Reagan’s second term, group president Nancy Neuman explained that the LWV would drop the event  “ … because the demands of the two campaign organizations would perpetrate a fraud on the American voter….  (T)he candidates’ organizations aim to add debates to their list of campaign-trail charades devoid of substance, spontaneity and answers to tough questions. The League has no intention of becoming an accessory to the hoodwinking of the American public.”

The dire prediction came to pass. The CPD stepped in (1988) and to this day determines who reaches  the debate stage.  The CPD’s only palatable answer is a Democrat versus a Republican; two nominees who “meet at the billfold,” according to former 2012 presidential candidate Buddy Roemer.  Never heard of him?  Here’s why.  He refused “all of the big givers first in line for any perks or favors,” he said on his website.   “Wall Street banks, corporate PACs, the labor union coffers, insurance and pharmaceutical companies, Big Oil, military defense contractors, miscellaneous PACs, Super PACs and the lobbyists…” literally own the process, he continued.

It’s more than just Mr. Roemer’s view. The OpenDebates.org website notes that CPD, which sponsored all the presidential debates from 1988 to 2012, limits “candidates who did not and do not conform to its lobbyist-based culture.”

As a former governor and four-term US Congressman, exclusion of Mr. Roemer’s experience from the marketplace of ideas cost all voters.  He offered unprecedented top-tier experience. No other Republican had backgrounds in national (US House of Representatives) and state capitol (Baton Rouge, Louisiana) governments. But, his rejection of Big Lobby counted against him more than his accomplishments counted for him.

Gov. Roemer studied at Harvard like Mr. Obama and Mr. Romney.  He earned an economics degree and a finance MBA. In business, he started and still runs a bank.   Further, Gov. Roemer converted from the Demo camp to the Republicans during his career so he might have connected across the aisle.

A dangerous portfolio for someone not bought by lobbyists. “We were not included in a single one of the 23 nationally televised GOP debates, and yet received 7% of the popular vote in a national poll conducted just a few weeks ago (January 2012),” he said on BuddyRoemer.com.

Another hybrid politician could have siphoned Republican and Democratic voters who were tepid about their nominees.  As the highest-ranking, third-party candidate, he’s making a federal case out of his exclusion from GOP and now the presidential debates.

Former New Mexico governor Gary Johnson launched a lawsuit under Section 1 of the Sherman Antitrust Act of 1890.  The case stresses that while he is on the ballot in every state, the debate gatekeepers (the CPD) locked him out.   Picture George Wallace’s blocking of the door of the auditorium at the University of Alabama to keep two black students from entering.  Clear-thinking people of all persuasions decried Mr. Wallace’s action.  Gov. Johnson’s lawsuit in the US District Court/Central District of California names the CPD and the Democratic and Republican parties as defendants. They are Mr. Wallace in this instance and behind popular thought.

Paragraph 11 of the September 21 lawsuit charges that the defendants “continue to secretly meet … to devise rules for the presidential and vice presidential debates.  This conspiracy has worked to hoodwink the American people.”  Paragraph 12 states “the defendants established rules to limit participation” to candidates with 15% national support, based on 5 polls.  American networks sponsor the GOP debates and receive their advertising from the richest lobbyists.  Therefore, the Johnson campaign, like Mr.  Roemer’s, was barred from the earlier debates and could never meet the required level of support.

The lawsuit was filed by Mr. Johnson and his Liberterian Party running mate, Judge Jim Gray. Philips Electronics, the YWCA, and BBH New York (an ad agency), all extracted themselves and their future sponsorship dollars from the stench of this corrupted system.  Eighteen citizens’ groups are on record against the debate format.The League of Women Voters sponsored the presidential debates in 1976, 1980 and 1984.
Final note:   Too wealthy to be ignored, Ross Perot joined the Bush-Clinton debate in 1992.