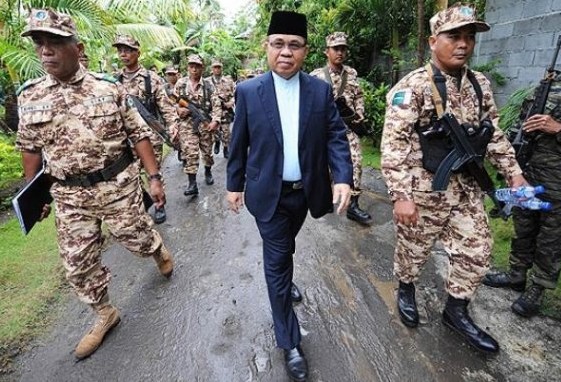 Philippine’s peace deal: could it boost the country’s economy?

The tentative roadmap to peace in the southern Philippines is the first major step in the latest attempt to end a long and bloody insurgency waged by minority Muslims in the predominantly Christian nation. The framework agreement is set to create a self-governing political entity for Muslim-majority areas on Mindanao. “This agreement creates a new political entity and it deserves a name that symbolises and honours the struggles of our forebears in Mindanao and celebrates the history and character of that part of our nation, (…), that name will be Bangsamoro”, Filipino president Benigno “Noynoy” Aquino said in a nationally televised appearance. Under this deal, which is supposed to be signed in a few days in Manila, Moro rebels pledge to give up their quest for independence in exchange for more political and economic power. The central government will maintain control over defense and foreign affairs, while the Moros will be in charge of the justice system and tax collection.  They will also have a bigger share in revenues from natural resources. Sharia law will be enforced but will apply only to Muslims.

Details to be discussed

The economy at stake

The business community warmly welcomed the agreement. Especially because it could give the economy a shot in the arm. According to the Asian Development Bank (ADB), The Philippines is one of the most promising countries in the region. The country’s average GDP, per person, has risen 28 per cent over the past three years. The ADB recently raised its GDP forecast from 4.8% to 5.5% in 2012. The country is one of the rare ones to have escaped the ADB’s sharp downward growth revision. In 2012, The Philippines ranked the third best performing stock exchange in the world with 25,27% gains. The peace agreement framework could lead the way to economic prosperity, as the peace deal in long-rebellious Aceh did for Indonesia seven years ago. Some companies have already evinced interest in the southern Philippines. The first foreign investor having done so is Malaysia’s Felda Global Ventures, the world’s largest crude palm oil producer. The chief executive of the company, Sabri Ahmad told Reuters on Monday that its company would go to Mindanao for oil palms, because there is “ample area for oil palms to meet strong local demand”. According to The Philippines Palm Oil Development Council, Mindanao has about one million hectares of grasslands, equivalent to the size of Puerto Rico that can be turned into oil palm estates. Mindanao has also untapped deposits of oil, gas and mineral resources, mineral wealth being estimated at $312bn. Very recently, Total E&P Asia Pacific Pte, the exploration arm of Total SA announced it had acquired a 75% interest in exploring and developing a potential oil bloc in the Sulu Sea, West of Mindanao.