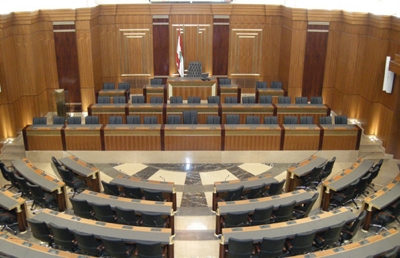 Lebanon without a president for 9months, 20th election postponement

Lebanon will go on for at least 10months without a president after the Speaker of the parliament decided to postpone the presidential election session till April 2 because there were not enough parliaments to hold a session. This is the 20th time that that the election of the president has been postponed and the situation is likely to continue.

Although the position of the president is largely a ceremonial post and the powers attached to it have been significantly reduced in the recent years, parliamentarians are still divided on who the next president should be.

The office of Speaker Nabih Berri said he was obliged to postpone the session till April “due to lack of quorum.” Two thirds of the 128 members of parliament should be present for a quorum to be attained but only 55 members were present.

Parliamentarians have often boycotted sessions dedicated for the election of the president because they want a president whose candidacy is based on a consensus. Several candidates have been announced but the division of politicians over the war in Syria is making it difficult for them to agree to a candidate.

Until a president is elected, Prime Minister Tammam Salam will continue to assume presidential duties. As part of Lebanon’s multi-confessional system of government, the presidency is traditionally held by a Maronite Christian, while the prime minister is Sunni Muslim and the speaker is Shia.