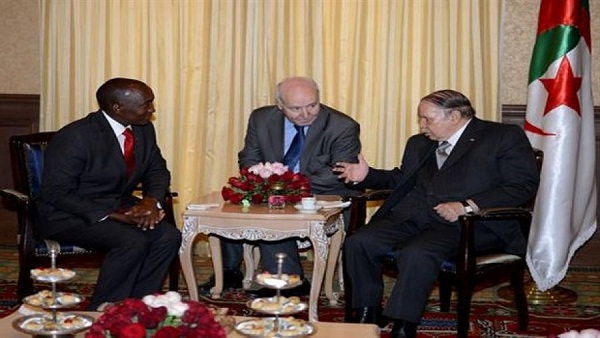 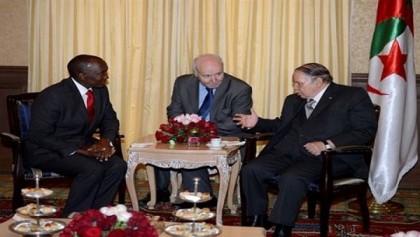 Ties between Algeria and Kenya were boosted after the latter opened an Embassy there with Moi Lemoshira as Ambassador Extra-Ordinary and Plenipotentiary. During the presentation of his credentials on Sunday to Presdient Bouteflika, Lemoshira hailed the ties between the two countries and was hopeful that the signing of the Agreement on the Establishment of Joint Commission for Cooperation and the Memorandum on Political Consultations between the Ministries of Foreign Affairs in 2014 will give momentum towards strong ties.

Lemoshira said that Kenya’s Foreign Policy is “Afro-centric” and aims at boosting intra-African trade, international peace and security, sustainable development, and people to people relations. He commended the partnership of the two countries in continental and international organizations and their continuous efforts in supporting “Africa’s agenda including continental integration and the realizing Africa’s rightful position in global affairs.”

The opening of an Embassy in Algeria is expected to further tighten the bilateral ties and Lemoshira cited that there are ongoing negotiations on bilateral arrangements in several areas including trade; oil, gas and energy; investment; sports and recreation and cooperation between leading institutions of technical training and capacity building. He added that Nairobi is determined to sign the agreements and MoUs as soon as possible for the mutual benefit of the peoples of these two friendly countries.

The Kenyan ambassador also expressed gratitude to the Algerian government for their support and hopes that the hard and painful struggle that both countries went through to gain their independence will contribute to their quest for Africa’s solidarity and development.

Presdient Bouteflika welcomed and congratulated Lemoshira as the first permanent representative of Kenya and was confident that he will help to promote the valued relations between the two countries bilaterally and continentally.

North Africa Post's news desk is composed of journalists and editors, who are constantly working to provide new and accurate stories to NAP readers.
NEWER POSTLibya: EU, US and Britain against Libya, PM Thinni
OLDER POSTMaroc Telecom’s Net Income Increases by 5.6% in 2014