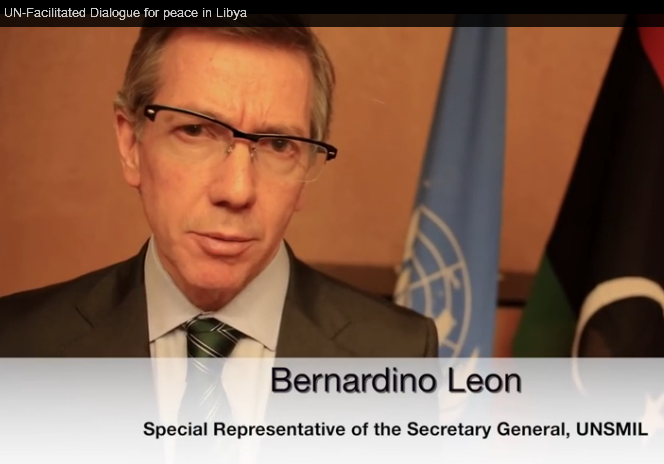 A political dialogue between the rival governments in Libya was held in Ghadames and for  the first time all the invited participants attended the UN-brokered talks seeking to end the Libyan war. Bernadino Leon, head of the United Nations Support Mission in Libya (UNSMIL) held separate meetings with the two governments before the dialogue started. 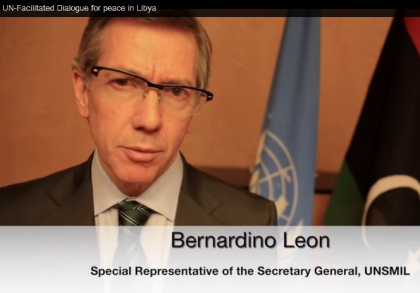 A released statement claimed that the meeting was “conducted in a constructive and positive atmosphere” with participants showing “positive spirit” during discussions on the points agreed on in the agenda of the dialogue. Both sides are reported to have upheld the principles of the Feb. 17, 2011 revolution when they were all united in fighting against Gadhafi.

Chaos followed the end of the Gadhafi regime as different armed groups refuse to give up their arms. A coalition of armed Islamist fighters known as Fajr Libya forced the government and the parliament to flee the capital for Tobruk before setting up a rival government and parliament. Since then, the country is being ruled by two governments and fighting is still going on.

There are hopes that the political dialogue could bring peace to the North African country as “participants agreed to continue the discussions at another round of dialogue in the coming days.” The participation of the General National Congress, the Tripoli based parliament, is a major step after the boycott of the talks in Geneva last month. The Congress demanded that the talks be held in Libya.

UN is hoping that a unified government between Tripoli and Tobruk could pave the way for a transitional period and a ceasefire to make it possible to organize elections. However, it is unclear if the groups will be willing to disarm.