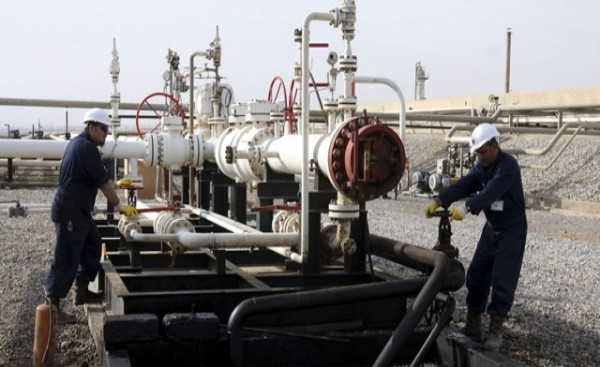 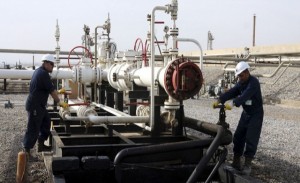 Iraq’s oil exports during September reached the highest peak in three decades with about 2.6 million barrels per day, earning the country 8.4 billion dollars.
The oil ministry which disclosed the figures earlier this week said oil exports in August were slightly lower at 2.564 million bpd and brought in $ 8.445 billion at an average price of $107 per barrel.
The volumes exported in September mark the highest export level in over three decades, according to the ministry.
Iraq plans to increase its oil exports to 2.9 million bpd in 2013 and hopes to increase production, which already stands at over 3 million bpd, to 3.4 million bpd by the end of the current year.
Iraq’s oil and gas reserves are among the largest in the world, totalling according to estimates 143.1 billion barrels of oil and 3.2 trillion cubic metres of gas.
The Kurdistan Regional Government (KRG) on its part is planning to build an oil pipeline to Turkey with a capacity of 1 million bpd by 2015 and 2 million bpd by 2019.
According to KRG natural resources minister Ashti Hawrami plans were already in place for the construction of short spur lines from producing fields and funding had been arranged for a main export line to carry crude from these fields to the border.
Plans are underway to launch a construction tender for the project, he said making it clear that the pipeline will be an Iraqi pipeline.
“It will be for the benefit of all nations, all the Iraqi people and all the Turkish people,” Hawrami said.
He insisted that the new pipeline would be Iraq’s property on the Iraqi side of the border and Turkey’s on the Turkish side.
In another development, it has been reported that Baghdad and Amman reached a deal under which Iraq will increase its exports to neighboring Jordan from 10,000 bpd to 15,000 bpd at a discounted price of $18 per barrel.
Jordan which imports 95 percent of its energy needs is seeking alternative energy sources after a string of bomb attacks on an Egyptian pipeline conveying gas to Israel and Jordan has caused repeated cuts to gas supplies since last year.
Jordan imports most of its oil needs, about 170,000 bpd, from Saudi Arabia.

North Africa Post's news desk is composed of journalists and editors, who are constantly working to provide new and accurate stories to NAP readers.
NEWER POSTThe Fear of a Radical Islamist Winter and the Role of the EU
OLDER POSTAbu Dhabi Film Festival kicks off on October 11