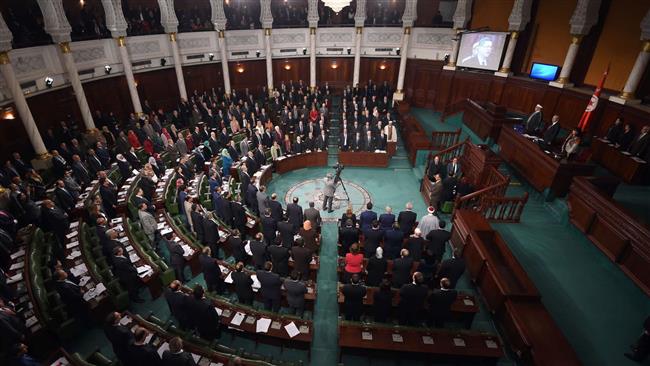 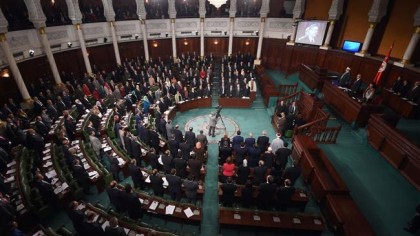 The Tunisian Parliament has met on the 4th februry for the vote of confidence to the new government and its newly appointed prime minister, Habib Essid, who has announced an inclusive coalition government whose members include representatives of the Islamist Ennahda (69 seats in paliament), party and the winner of legislative, Nidaa Tounès (86 seats).

The team of Habib Essid was presented in January following the abandonment of a first draft of the government against criticism including Ennahda, second force of Parliament, and as Nidaa Tounès 86 parliamentarians had to form a coalition to reach the 109 votes needed for the vote of confidence.

The new government enjoys the support of a comfortable enough majority (179 seats in total) to surpass the magic number needed for a confirmation vote (109 out of a 217 members of parliament), even if some Nidaa Tunis MPs abstain or vote against it.

The plenary for a vote of confidence in the government Essid began during on Wednesday, 4th February during a session marked by the intervention of 136 MPs who wished to discuss the government program of Essid government. The session of the Assembly, elected in October, opened with the policy speech of Habib Essid who said that his priority would be the fight against “terrorism” while Tunisia is facing since January 2011 revolution to the rise of jihadist armed groups responsible for the death of dozens of soldiers and people.

This first day of the vote was also marked by the intervention of members of Nidaa Tunes, Khemais Ksila and Abdelaziz Kotti, outside the plenary, who have accused the government of Essid of being “distorted and having no policy program”.

Mbarka Brahmi, Member of the Popular Front, said during his speech that “it would be difficult to give confidence” to the Minister of Interior designated, Najem Gharselli accused of “harassment of judges”.

Two political figures anti-Islamist and 2,000 to 3,000 Tunisians went to fight in the ranks of radical Islamists in Iraq and Syria.

The confidence vote in the government Essid was postponed to Thursday, February 5th , announced the Al Bawsala through twitter in the evening of Wednesday, February 4th.

If it was confirmed in parliament, this new government would send reassuring signals that Tunisia is stepping toward pluralism and farther from the politics of exclusion, which is destabilizing many of its neighbours.

North Africa Post's news desk is composed of journalists and editors, who are constantly working to provide new and accurate stories to NAP readers.
NEWER POSTSwiss Belhotel International is planning to set up in Morocco, Egypt and Tunisia in 2015
OLDER POSTEgypt : Qaala Holding divests stake in Pharos at $ 5.3 million deal