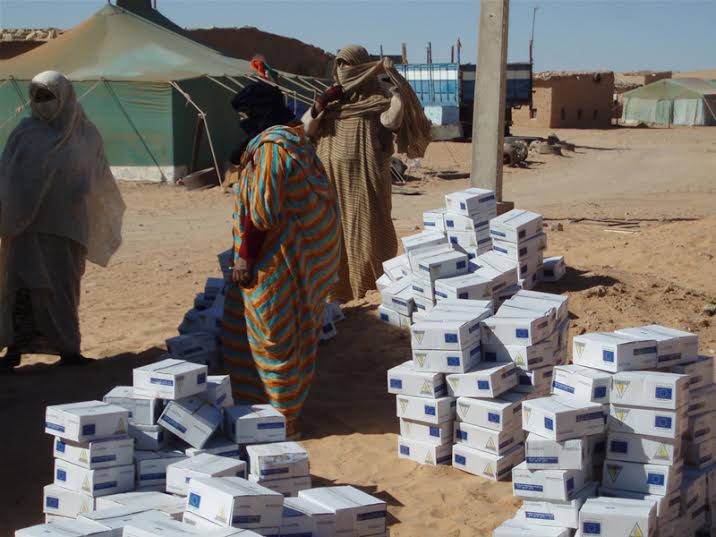 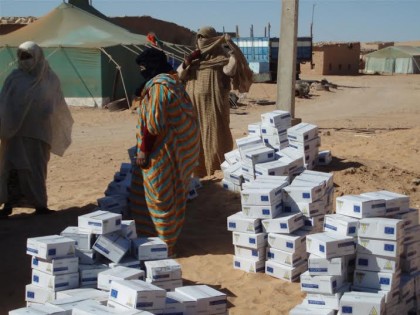 For years, a large part of the European Union’s humanitarian assistance destined to the Tindouf camps Sahrawis has never reached the initial addressees as it has been diverted by the Polisario leaders.

The facts were not established by any unknowns but by a report of the European Anti-Fraud Office (OLAF) that dates back to 2007 and that was revealed by the French News Agency AFP on Thursday.

According to the agency, the OLAF report, based on the results of a survey conducted since 2003, was drafted in 2007. However, the report was not released to the public for unknown reasons.

“The document lays serious charges and mentions the names of the individuals suspected of being the planners of these embezzlements,” said AFP which obtained a copy of the report only on Thursday.

The distribution of the humanitarian assistance between what will be dispatched to the Tindouf camps and what will be diverted starts upon arrival in the Algerian port of Oran, says AFP, implying that Algerian officials are also involved in the embezzlement.

“One of the reasons that made these frauds possible is the overestimation of the number of refugees and therefore of the aid provided,” says the French news agency quoting the OLAF report.

The EU’s financial support to the Tindouf camps that started in 1975 was based on Algerian authorities’ estimates of the camps inhabitants, i.e. 155.000 souls.

The figure could never be checked as “neither Algeria nor the Polisario Front ever agreed that a census of the camps population be conducted,” said OLAF.

The census issue is a bone of contention between Algeria and the UNHCR. The UN body, several other NGOs and a number of countries, including Morocco, had repeatedly requested Algerian authorities to allow a count and identification of the camps population but all the requests were turned down.

Algeria and the separatist Polisario Front actually swell the numbers to get more humanitarian assistance. Their schemes were however uncovered and over the years some donors have reduced their assistance while others have completely stopped their aid.

In 2005, the intervention of the Anti-Fraud Office brought down the number to 90,000, recalls AFP.

The investigation conducted by OLAF made other stunning revelations such as the fact that “prisoners, either POWs or civilian inmates, are forced to handle the assistance and construct buildings financed by international aid,” and that good quality foodstuffs initially destined to the camps “are replaced by lower quality goods” by the embezzlers who resold them either in Algeria or in neighboring countries.

European Budget Commissioner Kristalina Georgieva acknowledged on Thursday before the European Parliament, in answer to a question on the said report, that the Brussels executive had not deemed it necessary to suspend its aid and continued to earmark € 10 million a year for the refugees in the Polisario-run Tindouf camps.

The commissioner also acknowledged that the report has been “forgotten” for seven years and that a request to access the document was declined in 2010. It was only after the intervention of the European Ombudsman in 2014 that it became possible to get access to the report, she said.

The European Commission made moves to prevent fraudulent practices, but did not suspend its funding, said the Commissioner. “In 2013, € 10 million were allocated to the Tindouf camps, an amount equivalent to the sums donated the previous years,” Georgieva was quoted as saying by AFP.

The issue of Western Sahara, a territory formerly occupied by Spain and retrieved by Morocco in 1975 under the Madrid Accords, is a bone of contention between Morocco and Algeria which backs the Polisario Front claiming the independence of the territory.

As the UN mediation efforts to reach a final settlement of the conflict came to a deadlock, Rabat has proposed to grant the territory a large autonomy under its sovereignty, but Algeria and its protégé stick to the obsolete self-determination referendum options.

And meanwhile, the aid being given wrongly is definitely being used wrongly.