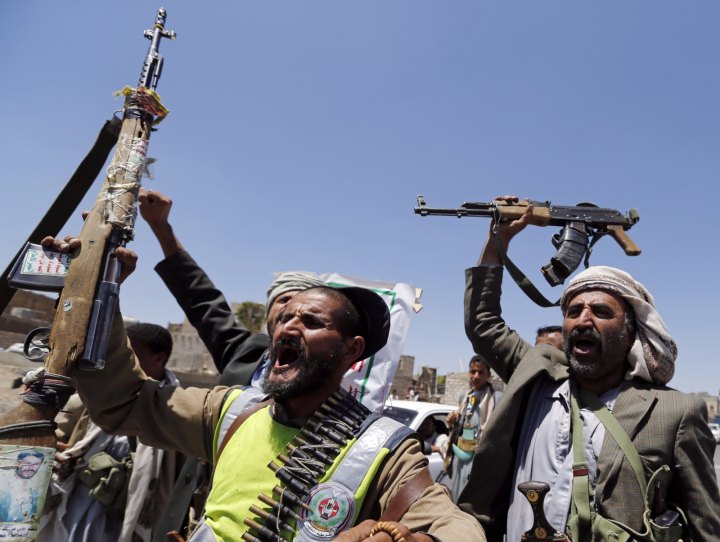 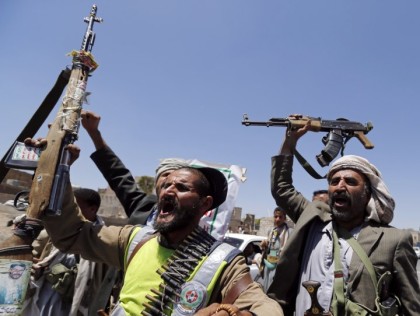 Fighting between the Houthi rebels and the government forces started in the Yemeni capital on Monday with both sides accusing each other of triggering it. The State television and SABA, the government’s official news agency, are now under the control of the rebels. A fragile ceasefire has been announced and strategic positions around the capital are being held by the rebels.

The announcement of a draft constitution that divided the country into six federal regions is believed to be source of the renewed fighting. Rebels accuse President Hadi of neglecting the U.N. sponsored agreement in September which called for a better representation of the Houthis and the appointment of new members within 15 days to the 85-member national committee.

Information Minister Nadia Sakkaf said the action of the rebels “is a step towards a coup and it is targeting the state’s legitimacy.”

A Houthi spokesman, Mohammed Abdel-Salam, slammed the constitution draft saying that the number of federations should not be mentioned in the draft and should be left to “the wise men of this people” to determine the details. Ahmed bin Mubarak, a top aide to president Hadi, was kidnapped during the weekend and the Prime Minister’s convoy is reported to have been caught in the gunfight on Monday.

A statement from the U.S Embassy posted on its website rejected the use of violence to overrun Yemen’s political transition. It accused those behind the violence of pursuing their own interests before renewing its support to President Hadi as the legitimately-mandated president of Yemen. Some regional countries have shown their support to Hadi.

The rebels are very critical of the U.S and their slogan “Death to Israel, Death to America!” has led to them being linked with Iran although they deny such allegations.