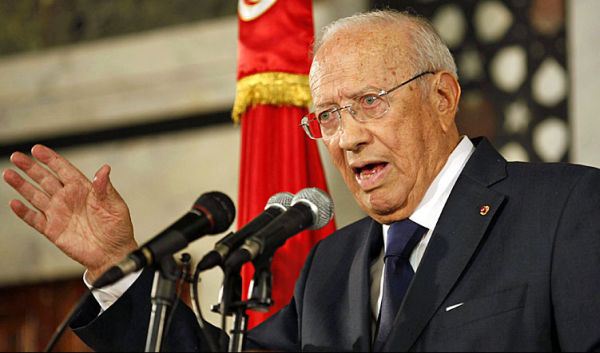 Beji Caid Essebsi first challenge as President emerged on 14th February during celebrations marking the fourth anniversary of the Tunisian revolution. Members of disgruntled families who lost their loved ones during the revolution accused the government of being biased and stopped the proceedings of the ceremony held in the presidential palace. The president was obliged to leave the ceremony. 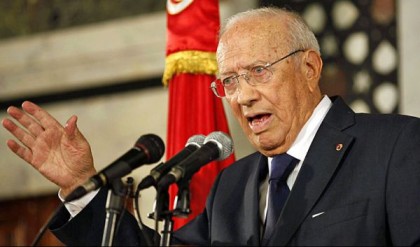 The celebrations were held all over the country to mark the end of the Ben Ali regime and the beginning of a new era in Tunisia’s political arena which started with the self-immolation of a street vendor in Sidi Bouzid on Dec. 17, 2010 after his merchandise was seized by the police.

President Essebsi told the gathering at the presidential palace that was attended politicians, leaders of political parties, artists, athletes and families of those who were killed or wounded during the 2011 protests that the “revolution opened doors of hope” for Tunisians. He said it also enabled free media, an elected president and a civil society. He hailed the new constitution, the parliamentary and presidential elections as achievements of the revolution.

The ceremony was cut short after the discontented families interrupted the president as they protest against the government only formally honoring the relatives of high-profile political assassinations and the quartet who sponsored the National Dialogue. They accused the government of neglecting the revolution’s ‘martyrs’ but President Essebsi was quick to add that all the martyrs will eventually be honored. His assurances however failed to calm the nerves of the protesting families which led to him leaving the ceremony.

Presidential spokesman Moez Sinaoui said the families were received later by the president. Official figures claim that 330 people lost their lives and 4,000 were injured during the revolution.

North Africa Post's news desk is composed of journalists and editors, who are constantly working to provide new and accurate stories to NAP readers.
NEWER POSTLebanon: Our Arsenal is beyond the enemy’s imagination, Hezbollah
OLDER POSTLibya: UN led dialogue begins in limbo