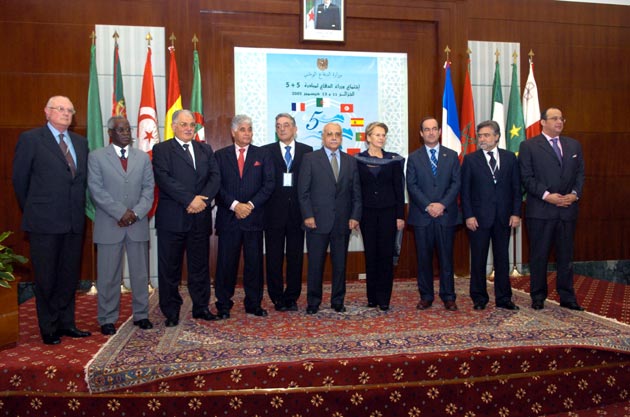 Malta played host this weekend to the Five-plus-Five summit, gathering five Maghreb and five European countries whose heads of state or government came together to discuss ways to foster inter-Mediterranean ties. 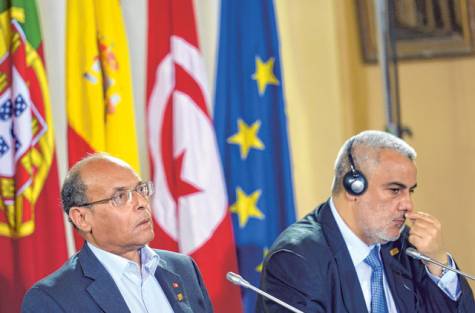 The Five-plus-Five forum, which brings together leaders from Algeria, Libya, Mauritania, Morocco and Tunisia, the five countries forming the Arab Maghreb Union (UMA) along leaders from France, Italy, Malta, Portugal and Spain, was launched in Rome in 1990 and held a first summit in Tunis in 2003.
The Malta summit is of particular significance as it is convened in the wake of the Arab Spring uprisings that have ousted the leaders of two member countries of the forum, namely Tunisia and Libya.
“It is a historic meeting in itself, a showcase for intercultural dialogue,” said Maltese Prime Minister Lawrence Gonzi earlier this week when he announced the summit will convene on Friday and Saturday.
According to a Maltese official who stressed the “particular political significance” of the Five-plus-Five dialogue, debates are likely to range from questions of security to new areas of cooperation like education, environment and energy.
Besides defense and security issues, illegal immigration from the Maghreb to Europe is also likely to be on the agenda.
Deputy Prime Minister and Minister of Foreign Affairs of Malta, Tonio Borg, pointed out in an op-ed published Thursday in the Times of Malta.com that the summit, taking place in the wake of “dramatic changes” in the leaderships of Tunisia and Libya “will be an excellent opportunity for northern and southern rims of the Mediterranean to discuss these changes.”
It will also provide an opportunity for Europe to show if it is “ready to support economic development in countries some of which, in spite of political change, have a miserably low GDP and slow economic development,” the foreign Minister said warning that political revolution will fail if it does not satisfy the day-to-day economic aspirations of the people who were behind it.
He said he was confident that “European leaders will certainly put their heads together to seriously consider offering economic and technical assistance through various EU instruments with a view to ensure these revolutions succeed.”
It is in Europe’s interest that the southern basin be home to new democracies, he insisted, stressing the need for the 5+5 leaders to go ahead with the changes that have started and overcome extremist groups through more democracy.
A spokesman from the French president’s office on his part said that the summit will allow the West to show its determination “to maintain an ambitious Mediterranean cooperation in spite of economic difficulties and the Euro zone crisis.”
Paris also wants to declare “its renewed confidence in the political process on the south bank of the Mediterranean and Maghreb in particular following the Arab Spring”, and “weave productive, confident and varied ties” in the region, the spokesman said.
According to Maltese authorities, Tunisian President Moncef Marzouki and Mauritanian President Mohamed Ould Abdel Aziz would attend the summit along Morocco’s Prime Minister Abdelilah Benkirane, Algeria’s new Prime Minister Abdelmalek Sellal and new Libyan President Mohamed al-Megaryef.
French President Francois Hollande, Italy’s Prime Minister Mario Monti, Spain’s Prime Minister Mariano Rajoy and Portugal’s Prime Minister Pedro Passos Coelho will also be attending.
European Commission President Jose Manuel Barroso will also be at the summit along with the commissioner for European Neighbourhood Policy Stefan Fule.
The secretary-general of the Arab Maghreb Union, Habib Ben Yahia, and the Secretary General of the Union for the Mediterranean, Fathallah Sijilmassi, will be taking part as observers, the Maltese authorities said.

North Africa Post's news desk is composed of journalists and editors, who are constantly working to provide new and accurate stories to NAP readers.
NEWER POSTCFC Partners with TheCityUK to Develop Finance Industry
OLDER POSTAn Expedition in Morocco to Reconcile Man with the Ocean